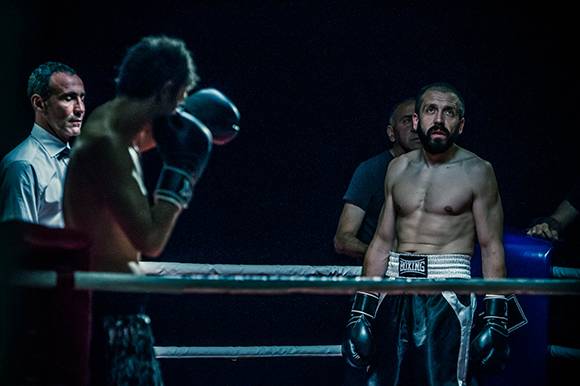 A Little Bit Of Luck by Chavdar Jivkov and Aleksandar Smolianov

Chavdar Jivkov and Aleksandar Smolianov wrote the script based on several short stories by Palmi Ranchev, a talented former boxer and trainer, who also writes prose and poetry. The story follows the confrontations of two forty year old boxers two decades after their first meeting on the ring. One of them is lonely and wants to break ties with the mafia, earning a lot of money on the back of the boxers, the other has a family and wishes to keep on fighting.

„Both directors have rich experience in shorts and other forms of cinema. For various reasons the production of their debut was delayed for several years”, producer Vera Chandelle told FNE. “The two main actors Tsvetan Alexiev and Yavor Borisov were practicing boxing before the start of the shooting. Borisov even lost twenty kilograms in order to look credible. It was quite an exciting experience as the two directors worked separately on different parts of the film. But there are also episodes they directed together”, Chandelle added.

The nearly five weeks of shooting took place in July 2016 at sports centers in Sofia. Dimitar Kostov is the DoP.

Domestic release is planned for 2018.

Bulgarian National Television
This email address is being protected from spambots. You need JavaScript enabled to view it.

Fabrikata Film Production
This email address is being protected from spambots. You need JavaScript enabled to view it.

Nu Boyana
This email address is being protected from spambots. You need JavaScript enabled to view it.
www.nuboyana.com