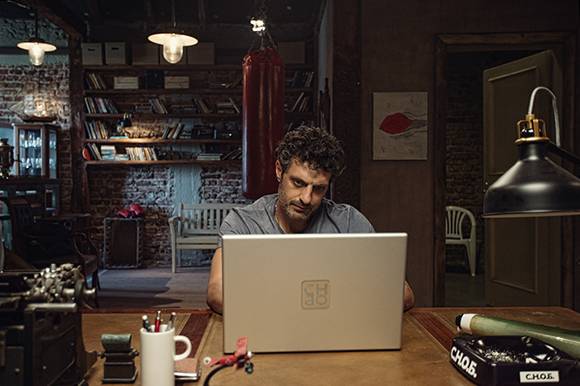 The award is offered by Nu Boyana and consists of providing services equal to the amount of 50,000 EUR along with 5,000 EUR in cash for the development of the director’s next feature project. The film received also the award of the Bulgarian Critics Guild and the Audience award. For their roles in the same film Velisilav Pavlov won best actor and Teodora Duhovnikova won best actress (ex aequo with Irini Jambonas for her role in Directions).

The Jury gave an Honourable Mention to Stefan Komandarev’s Directions, which also received the Award of the accredited Journalists.

The Special Award of the City of Varna went to Svetoslav Ovcharov’s Enemies, while Ilian Metev won best director with his film ¾.

Rouzie Hassanova’s Radiogram was awarded Best Feature Film Debut, and Yassen Grigorov and his creative team received a special mention of the Jury for their work in Lilly The Little Fish.

Best Actor Award
Velisilav Pavlov for his role in Omnipresent