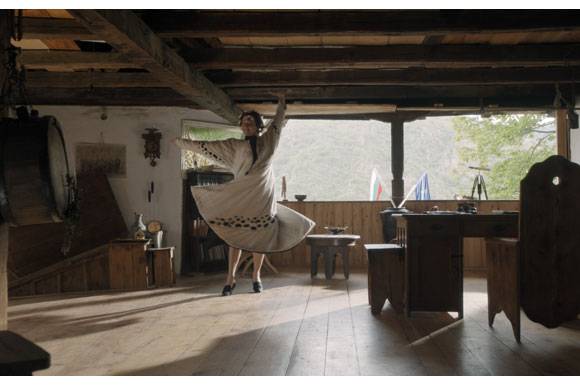 VARNA: Radoslav Spasov’s feature film Living Chimneys will screen in the main competition of the 36th Golden Rose National Film Festival (27 September-4 October 2018). The film is a homage to the authentic lifestyle of the beautiful village Kovachevitsa in the Rhodope Mountains.

The script written by Radoslav Spasov was inspired by a real story: before dying, a man from the village left instructions to his fellow villagers about the place where he wanted to be buried. Nobody was aware that the indicated burial plot was over a rock.

“I have lived for many years in Kovachevitsa and this village holds a special place in my heart. Many intellectuals, writers, artists and filmmakers settled there over the years, seduced by its magic and colorful inhabitants. The film is a declaration of love to a type of living that is slowly but surely going away”, Radoslav Spasov told FNE

The film was shot in May-June 2017. As the action of the film takes place in the frames of only three days, over 30 actors had to be available for each scene. The main locations were in the Rhodope and Pirin mountains. Several village houses were restored for the needs of the film.

Domestic distribution is planned for 2019.

Production Information:
Dream Team Films
www.dreamteamfilms.com
This email address is being protected from spambots. You need JavaScript enabled to view it.