FNE at Golden Rose National Film Festival 2018: A Ship in a Room Featured 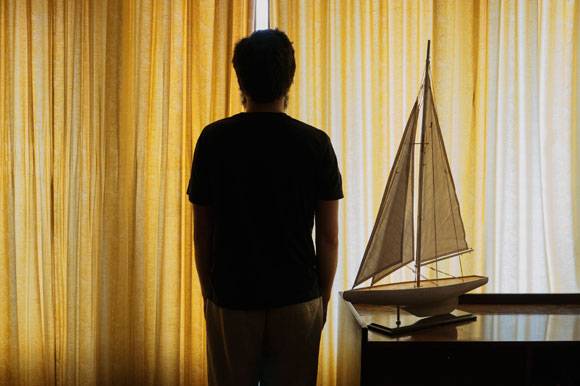 A Ship in a Room by Lyubomir Mladenov

VARNA: Lyubomir Mladenov’s sophomore feature A Ship in a Room will screen in the main competition of the 36th Golden Rose National Film Festival (27 September - 4 October 2018). The film vied in the official competition of the 30th Tokyo IFF in 2017.

The script penned by Mladenov centers on the unusual experience of Phillip, a photographer whose inspiration has left him, and Ivan, who has stopped going out after being beaten. Phillip starts filming the outside world in order to comfort Ivan and to regain his creative force. Ivan’s sister Pavla is also a part of the strange relationship between the two men in need.

Actors Tsvetan Alexiev and Elena Dimitrova, together with the writer Ivan Dimitrov, play the main characters.

“I am the type of person who loves utopias. I usually start from something real happening in our days, and then I turn it into an absolute fiction. The story of A Ship in a Room could be faithful to life or it could be not. For me it is always interesting to imagine what normal people would do if something similar happened to them. I am convinced that almost everyone longs for some more fiction in real life”, Mladenov told FNE.

The film was produced by Front Film, a company founded by film directors Svetla Tsotsorkova and Nadejda Koseva. The Bulgarian National Film Center supported the project with 200,000 EUR.

Shooting took place mostly in and around Sofia from the end of August to the beginning of September 2015. A spectacularly abandoned former office building in the small town of Bozhurishte was arranged as Phillip’s place. “I wanted that the video pieces Phillip shows to Ivan look like ‘found on the street’, so the DoP Dian Zagorchinov shot them the way Dziga Vertov would do it”, Mladenov also said.

Front Film is planning to release the film in selected cinemas throughout the country.

Production Information:
Front Film
This email address is being protected from spambots. You need JavaScript enabled to view it.
www.frontfilm.net