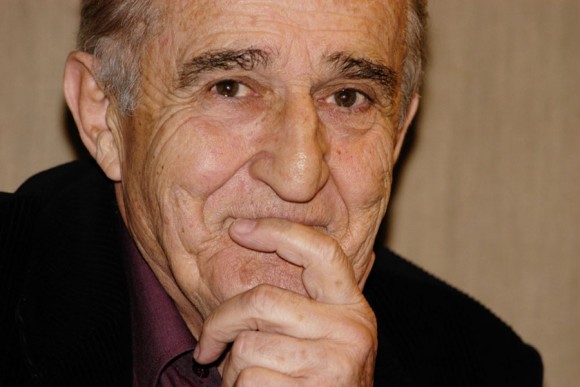 ZAGREB: Acclaimed 88-year-old writer/director Veljko Bulajic is in preparation with Escape to the Sea, a coproduction between Croatia, Montenego, Macedonia, Slovenia and Germany.

Escape to the Sea / Bijeg do mora mixes reality with imagination and the present with the past, as it follows a Wehrmacht veteran Karl who, not long after becoming a widower, visits a village in Croatia where he fought in WWII. Five decades ago, after his entire unit was killed, Karl fled through partisan territory. Covered in wounds and exhausted by fear, hunger and the harsh environment, he is visited by his wife Inge in hallucinations. Another woman is also in Karl’s thoughts: Anka, a Croatian widow who helped him escape from the partisans.

Negotiations are underway for a German actor for the main role. The cast will include actors from Croatia, Montenegro, Macedonia, Slovenia and Germany.

The budget is 1.5 m EUR, with 75% already in place, Tomislav Žaja told FNE. Additional coproducers and broadcasters are expected to join the project. The film will also apply to Eurimages and has already secured grants from the Istria Film Commission, Maistra, Montenegro Tourist Board, Hipotekarna banka and Orbico.

The 40 shooting days are scheduled for March-April 2017, including 30 days in Istria (Croatia) and 10 days in Montenegro. The film should be completed by November 2017, with the premiere set for December 2017 or January 2018. Negotiations with sales agents and local distributors are underway.

The director of the acclaimed Kozara (produced by Bosna Film), Train without a Timetable (Jadran Film), The Day that Shook the World (Jadran Film) and The Battle of Neretva, which received an Oscar nomination (United Yugoslavia Producers), returned to film industry in 2015 with the documentary Place of Remembrance: Vukovar / Mjesto sjecanja: Vukovar after a nine year break.