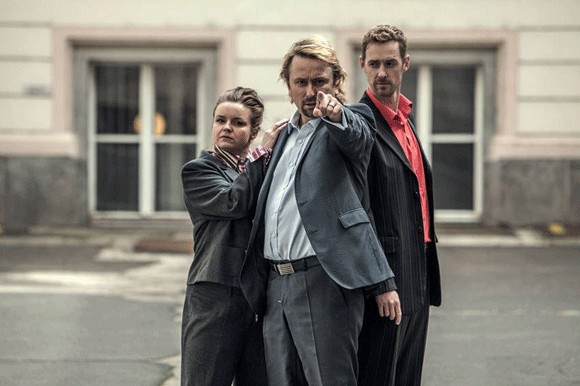 PRAGUE: Blanik Office, a series made for the internet and streamed online has become such a success in the Czech Republic that a third season is expected soon.

Created and directed by Marek Najbrt and produced by Negativ, this political satire is broadcast on Stream.cz. Through the main character, a fictional lobbyist Tonda Blanik played by the popular Czech actor Marek Daniel, the sitcom often reveals the real background of scandals connected with political personalities. Launched in spring 2014 the series has become a hit with Czech viewers.

Producer Milan Kuchynka told FNE that internet is a great environment for creativity: “The great advantage is the flexibility which is inconceivable for a classic television series. As Blanik Office reflects reality, we try to shoot as close as possible to the date of the broadcast, in order for the script to reflect current political developments. In this respect, the cooperation with Stream.cz is a huge advantage, as the approval of an individual episode is a question of hours, if not minutes:”

Competing with more than 80 television programmes, last week Blanik Office received the Václav Havel Award from FITES (Czech Film and Television Union) for the greatest contribution to the development of the civil society.