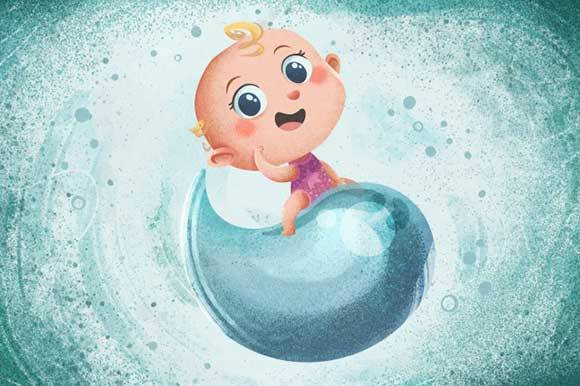 Bella in the Belly photo: Animoon

PRAGUE: The Czech Republic, Croatia, Estonia, Latvia, Macedonia and Poland are among the 24 countries presenting TV series projects at the 30th edition of Cartoon Forum, which takes place 16 – 19 September in Toulouse, France. A total of 85 projects will participate in the event, which expects some 1,000 sector professionals in attendance.

The Czech Republic is represented by Barney the Piglet, a 26 episode/13 minute series aimed at the 6 – 10 age group. The main character is a young pig with a very long nose, which earns him the scorn of the other critters in the farmyard. He and his best friend, a sparrow, set off on an adventurous search to find an Indian chief with a special secret. The series is produced by IMOS Invest and IS Produkce.

Bibi, Bobby & Zazzy (Bibi’s World) is a multimedia project from the Macedonian company Bibiland. The title characters are a girl and boy who are neighbours and best friends, and a clumsy, curious alien with a hidden power. The producers are developing picture books, video games and apps to accompany the animated series.

Poland is sending two projects. Production houses Animoon and Letko are teaming up on Bella in the Belly, a 26 episode/6 minute series about a five-year old boy who is going to have a baby sister. The 2-D cutout animation series is targeted at 6 – 11 year olds. The second project is Johann, Sebastiana and Bach, a 26 episode/11 minute series for 6 – 11 year olds. The main characters in the 2D computer animation series are three teens who start a barn band: a fly, a cow and a dog. The series is produced by GS Animation / Grupa Smacznego.

The Croatian project is Nutz, a 52 episode/7 minute series for pre-schoolers age 4 – 5. The concept is built around a squirrel and her three friends, all nuts, who can fix everything. The transmedia project is produced by Recircle.

Searching Snowflake is a 26-minute TV special for the pre-school audience produced by the Estonian company Nukufilm. The stop-motion film is set in winter, but there is no snow, and Snowman is worried he might melt. He and a girl protector set off on a voyage to find snow, followed by a rabbit who wants to eat Snowman’s carrot nose.

Latvia is coproducing the French/Canadian/Latvian/Belgian series for young adults and adults, Some of Us. The 10 episode/10 minute series combines computer, drawing, painting and live action in this series about professional athletes who have faced discrimination because of origin, gender, sexual orientation or handicap. Latvia’s Film Angels Productions is coproducing along with Bachibouzouk (France), DPT (Canada) and HORS ZONE (Belgium).