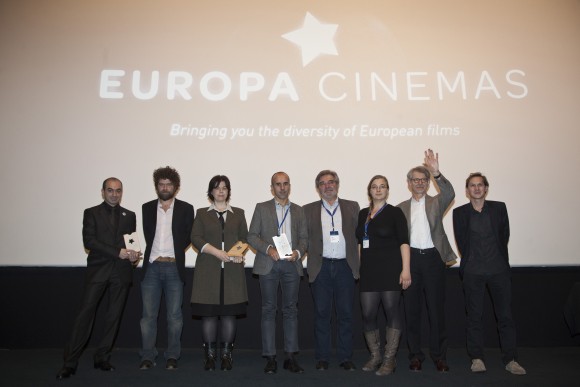 ATHENS: Estonian cinema Kino Artis was awarded the prize for Best Programming of 2013 in the Europa Cinemas network at the 18th Europa Cinemas Conference in Athens held 21-24 November 2013.

The conference was opened by Xavier Troussard, Head of Creative Europe-MEDIA (European Commission), who also spoke with FNE TV in an exclusive interview about Creative Europe and the upcoming Warsaw AV Summit.

The full interview will appear later this week as part of a five part series on FNE TV about the future of exhibition, distribution and international sales of European films in the new Creative Europe.

The conference attracted more than 600 professionals, mostly exhibitors but also distributors, producers and sales agents from 47 countries who gathered in Athens for the event. Europa Cinemas Presidient, Nico Simon and Claude-Eric Poiroux, General Director of Europa Cinemas, said discussions focused on the future of cinema, the renewal of audiences, new offers and new concepts proposed in theatres through digital cinema and new media.

The second annual conference of Europa International, the new organisation for international sales agents took place concurrently and there was much cross fertilization of ideas among the participants of both conferences.

Three Europa Cinemas’ Awards were announced during the Conference: