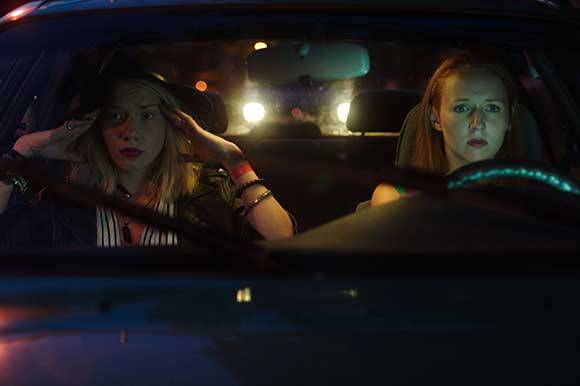 Kids of the Night by Priit Pääsuke credit: Alexandra Film

TALLINN: Priit Pääsuke, the director of The End of the Chain, is working on his second feature, Kids of the Night. The shooting started at the end of July and will wrap on 24 August 2019.

Kids of the Night is an uplifting and light-hearted youth comedy shot mainly during the night on various locations in Tallinn. The film tells the story of three sisters, who have all reached a different breaking point in their lives.

Liis (Grete Konksi) has just graduated from high school and finds out that her planned future with her boyfriend may not be as certain as she thought. Older sister Karin (Piret Krumm), the first victim of their parents’ expectations, is trying to survive in modern sexist business environment. The youngest of the sisters, teenager Jane (Alice Siil), is trying to stand up to her party-loving friend’s pressure to be someone she is not. One fateful night reveals all secrets and feelings these three have never dared to admit.

Like The End of the Chain, Kids of the Night is produced by Marianne Ostrat from Alexandra Film. The screenplay is written by Ewert Kiwi and Mart Raun, who is also the cinematographer of the film.

The film will be released in 2020 and it will be distributed in the Baltics by ACME Film.

Pääsuke’s previous feature film, The End of the Chain, premiered at the Karlovy Vary International Film Festival in 2017.

Producer:
Alexandra Film (Estonia)
Marianne Ostrat: This email address is being protected from spambots. You need JavaScript enabled to view it.