PRODUCTION: Nana Ekvtimishvili and Simon Gross in Production with My Happy Family Featured 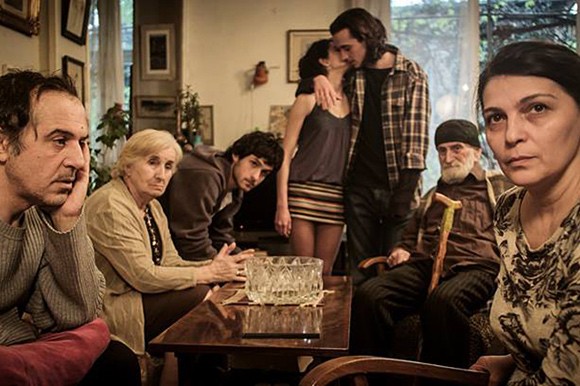 TBILISI: After the acclaimed In Bloom, Nana Ekvtimishvili and Simon Gross are currently shooting a new feature film, My Happy Family. It will be again a German/Georgian/French coproduction.

On the evening of her 52nd birthday, Georgian literature teacher Manana unexpectedly announces to her family that she is leaving. She has been married for 30 years and lives in a three-bedroom flat in Tbilisi with her husband, parents, two children and her son-in-law. Initially, the family doesn't take Manana's decision seriously. But then she packs her suitcase and leaves.

Nana Ekvtimishvili wrote the script and the Romanian Tudor Vladimir Panduru is the DoP. The film stars Ia Shugliashvili and Merab Ninidze. Shooting started in Georgia on 24 April 2016.

The film is produced by Jonas Katzenstein and Maximilian Leo through Germany’s augenschein Filmproduktion GmbH in coproduction with Simon Gross though Georgia’s Polare Film Llc and Guillaume de Seille through France’s Arizona Production. The producers didn’t disclose the budget.

Born in Georgia, Nana Ekvtimishvili studied drama and script writing at the HFF Potsdam-Babelsberg in Germany. Simon Gross graduated from the HFF Munich. They directed together In Bloom (Indiz Films, Polare Film, Arizona Films), that was the Georgian entry for the Best Foreign Film at the Oscars 2014.

0108 Tbilisi
Georgia
Phone: +995-574743535
This email address is being protected from spambots. You need JavaScript enabled to view it.