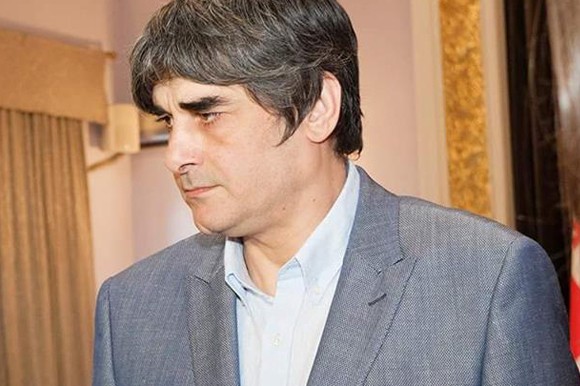 TBILISI: Georgian National Film Centre announced its plan to retrieve Soviet-era Georgian films stored in state archives in Russia, and also old Georgian film tapes scattered in Georgia. After restoration and digitalisation, they will be stored in a new building. Zurab Maghalashvili, the Head of GNFC, gives us more details about this complex process.

Recently both Georgian Prime Minister and Minister of Culture expressed the necessity to create proper national film archives in Georgia. “The treasure of Georgian films, including silent film masterpieces, starting from the early 20th century until the 90s, is stored in the Russian Federation, at the Gosfilmofond. They are negatives of feature and documentary films, recorded voices and sounds, animated films and television films. After the collapse of the Soviet Union, all these remained in Russia with both positive and negative effects. Georgia lacked the infrastructure necessary to move the films to Georgia, but it was for the best, as otherwise it would have been disastrous for the films”, says Maghalashvili.

During the Soviet era Georgia was storing mostly photos and just a few films. Regarding the copyright, the situation is clear. “After Georgia gained its independence, the state granted Georgian filmmakers the copyright for the films. Of course, each film will be restored after an appropriate agreement with the author. This will be part of the national heritage, but the authors will have the copyright”, Zurab Maghalashvili told FNE.

On the other hand, approximately 120,000 film tapes covering more than 100 years of Georgian cinema are stored at the repositories of the Georgian documentary film studio Mematiane, the film studio Kartuli Filmi and the National Public Broadcasting Archives. They are also part of private collections. Many of them need to be cleaned and stored properly before being transferred to digital.

GNFC started taking the first steps by inviting international experts, such as from the French CNC, to give their advice on the condition of several classic films. This is the beginning of a long and complex process. ”I hope we'll launch the project in near future, present it to the government and receive the funds to get started. We will have to gather a group of restorers to clean the scanned material, do the color correction and the sound cleanup. Achieving desirable results will probably take decades. We are also searching for a team of architects to design the film repository. We are trying to find out the number of films stored in each Georgian studio, which of them are copies, which of them can be restored and digitalised. We cannot say exactly how much the project will cost for both building the archives and the digitalisation, probably tens of millions of euros. For now the state is our only supporter”, says Maghalashvili.