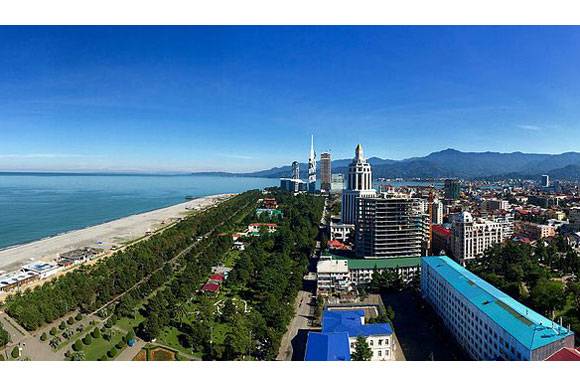 BATUMI: Tatia Skhirtladze's The Encounter, a Georgian/Austrian/Serbian documentary about the reuniting of the winning Soviet Women’s Chess Team, started pre-shooting on 23 September 2018 in Batumi, Georgia, at this year’s World Chess Olympiad, where the women are guests of honour.

The Encounter is co-directed by Anna Khazaradze with the script by Ina Ivanceanu and Tatia Skhirtladze. The producers are Anna Khazaradze and Nino Chichua of 1991 Productions in Tbilisi, Karin Berghammer of berg hammer film in Austria. Sarita Matijevic of Playground Produkcija from Serbia and Alexander Dumreicher-Ivanceanu of Austria's Amour Fou.

Meeting again after almost thirty years, the four native Georgian female players, Nona Gaprindashvili, Nana Alexandria, Maia Chiburdanidze and Nana Ioseliani, comprised the Soviet team from the 1960s to the 1980s, twice winning the world chess championships, and went on to achieve outstanding individual successes. They fought their way to the top of the chess world in the post-Stalin era, when women players were a rarity and considered intellectually inferior. The film combines archive footage and present day material.

The Encounter is  made with financial commitment from the Georgian National Film Center (GNFC) and from The Arts and Culture Division of the Federal Chancellery of Austria (BKA).

Further support and pre-financing has been provided by Linda Jensen’s Silver Bullet Kft.