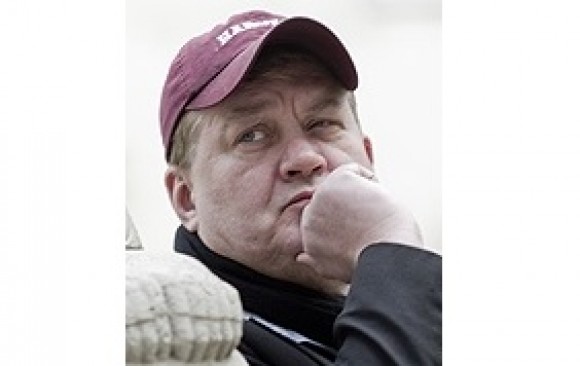 Hungarian scriptwriter András B. Vágvölgyi competes for the Krzysztof Kieslowski ScripTeast Award during the 2013 Cannes IFF with 1989, the story of a Budapest ladies man.

A streetwise Budapest ladies man gets caught up in the whirlwind of history.  After all, what's a Revolution without a little copulation?

The screenplay of 1989 is based on a novel of mine with similar title published in December 2009. Circular structure starting on January 1 ending on December 31. It gives an account of the end of the Cold War and the birth of open societies in the Eastern Bloc without backwards moralizing. The screenplay follows a clear chronological line to make it simple to understand the complex and multifold set of historic events.

The storyline of Daniel's book follows a young sociologist bumping up and down through the political events of the year getting tons of experience from a dissident point of view. The storyline of Bitter Romance of the Secret Service reveals the perspectives of a Hungarian intelligence officer, a certain Kálmán Bakos. The Spye Novel peeps into the actions of three foreign intelligence officers, how they see the changes, what challenges they face. There is an animated block on big politics, a bit surreal, though.

Daniel, a marginal intellectual (Konrád-Szelényi), "Sozialfreischwebende Intellektuel" (Karl Mannheim), does some sociology field work, has a girlfriend, but always has someone on the side. He makes sociological interviews, gets proactive in dissident and opposition organizations, writes articles, travels around the seven seas. Starts a bit naive then gets somewhat disillusioned. He is invited by the British Government, then manages the press during the reburial of Imre Nagy, first, goes to Israel, then flies to Berlin on August 11. He meets the East German refugees in a churchyard, and protesters drive his car in Prague to free the hunger strikers. Then he founds a paper. We learn details from a classified file. Then he hops from Paris, through Berlin, Prague, Washington to Timisoara.

The spies spy, the agents surge and the new world order follows a non-existing scenario, a whole lot of funny chaos by the end. An American agent wants to get a traitor expelled from Hungary, while his Russian counterpart tries to help the same traitor to escape; the Mossad agent prepares Hungary for a safe passage for Soviet Jews. The agents are mingled throughout the whole story. By the end of the film, the Cold War is over, Nicolae Ceausescu is executed in a haste.

2009 publishing 1989, a novel. Guest professor at the University of Theatrical and Filmic Arts, Budapest

Commentary about the script and program:

In this part of the world - may we call ScriptEast region? - history has its magic numbers: 1945, 1956, 1968, just to count a few. And above all there's the most magic number "1984". From my angle - since I wasn't around in 1956 or 1968 - the opposite of "1984" is 1989, which I could have witness. The illusion of total freedom as opposed to total victimization. The collapse of the old world order is for sure the most important experience of my life. I have written a novel on this issue (first published 2009 in Budapest), and I tried to transform to a script, since I've thought there's still place on the big screen for this matter beside the DDR black comedy Good By Lenin or the great Romanian farce 12.08 East of Bucharest. ScriptEast has selected the script, I believe because the very topic is an important one for the whole "ScriptEast-region" - and then the trouble started. Too many storylines, too many characters, too many obscure events which are not evident for the Western audience, much too much of East Bloc sex'n'drugs'n'rock'n'roll of the era, no Hollywood-style plot structure, and so on, and so on. With my dear instructors from the States and Western Europe we've made definitions for ensemble films and gonzo movies, we've tried to find a more regular structure, we declared the way how Godard or Makavejev made films is over - the achievements are theirs, I'm specially grateful for Tom and Dennis, the failures are due to my stubbornness. The partytime atmosphere of the fall of the Berlin Wall and the end of the Cold War is almost a quarter century over, the Eternal Peace or the End of History failed to happen, old and new evils have risen again and to understand the nature of these evils books and scripts and films could be good means to assist us.