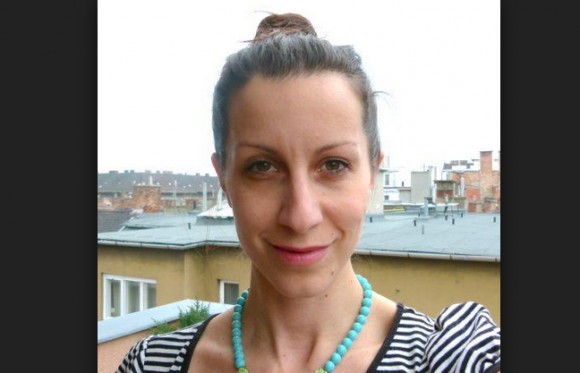 BUDAPEST: Budapest native Andrea Taschler trained as a dramaturg but was talked into working in film production. She started out as an assistant director in 2000, moving up the ranks to location manager, production manager, line producer and finally producer on the 2010 critically acclaimed film Bibliothèque Pascal.

Taschler told FNE, “I realized that there's a gap between the old generation of producers and the young filmmakers, and they are constantly looking for producers to work with. I could see how different the whole of producing is working abroad, how important the networking is. So I started to make connections, educate myself (in 2012 I participated in an EAVE course). I have my ways, my approach which is different so that's why we established the film producing company Mirage Film with Szabolcs Hajdu and my two most important associates Nándor Lovas and Péter Réti.”

The company will soon be launching principal photography on Hajdu’s upcoming film Délibáb (Mirage), which she describes as “a sort of western taking place the Hungarian Plain, and the main character, a foreign footballer playing in Hungary, gets in trouble and ends up on a kind of ranch as a slave.”

The production has been somewhat of a test of resilience for the Hungarian producer with the dissolution of the prior funding organization and the creation of a new system. “We started to develop the project in the former film financing system by MMKA, then the script was getting developed in many workshops in Cinemart, Cinelink, Paris Project - all in 2010. After there was a gap, and first the Slovak Audiovisual Fund, then the new National Film Fund finally funded the production in 2012, so we can start the shooting in May.” The film, a coproduction of Mirage Film Studio, Filmpartners and Slovakia’s MPhilms, should have a rough cut in 2014 for festival programmers.

In addition, Taschler is in development (a crucial stage for her as a producer) with a script with György Mór Kárpáti, a film by German-Romanian filmmaker Anca Lazarescu, and a coproduction with Slovakia, Poland and Lithuania of a debut film by György Kristóf.

Her dream projects include a script from director Pater Sparrow based on the novel Heartsnatcher by Boris Vian and working with directors like Paul Thomas Anderson and Leos Carax. Beyond that, she has a practical side as well. “I'd be so happy if the generation of young Hungarian filmmakers made films that attract and bring back the Hungarians to the cinemas, because the reputation of Hungarian films is very bad among the locals. A 30,000-ish attendance of a Hungarian film is supposed to be a success,” she told FNE.

Taschler told FNE her most surprising discovery about film producing is, “You have to be wealthy! Or you need a solid financial background. You can't make it without it. There's always a phase of a production when you have to bridge a financial gap - even if all the conditions are fine - and then you have to pay. I think in those fields of filmmaking which don't require a special knowledge, enthusiasm and dedication are the most important characteristics of a good crew member.”

She offers solid advice for producers starting out: “First of all take a first look at foreign countries concerning filmmaking. Then studying abroad can be also important. And find a person you can work with in the long term, because a project takes a lot of time, and it's quite easy to get exhausted, to give up.”

This email address is being protected from spambots. You need JavaScript enabled to view it.
www.miragefilm.hu