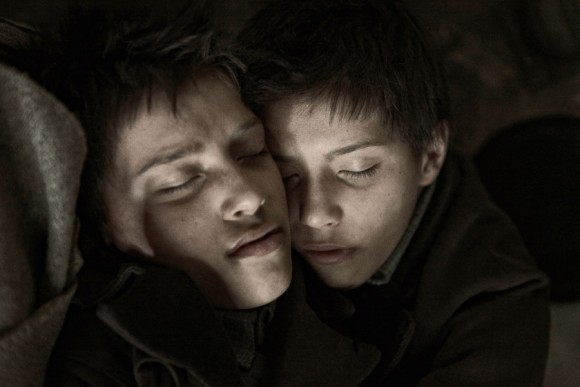 While the film has received international critical acclaim the Hungarian box office continues to be a tough nut to crack for local art house fare as the film has scored an audience of only 3,463 to date although art house films tends to take longer to garner audiences while blockbusters tend to make most of their box office in the first weekend of release.

The film is based on the one of the biggest hit novels of the 20th century Hungarian literature (written in French, but the Hungarian author Agota Kristof). The story is about the struggle of two children living in the countryside with their cruel grandmother during World War II.

The Noteboook is the first film made under the Hungarian National Film Fund. It was produced by Sándor Sőth and Pál Sándor from Intuit Pictures ‎ and Hunnia Filmstudió.

Hungary’s Film Commissioner Andy G. Vajna said he expected an audience of probably around 30,000 viewers for The Notebook.