Lithuanian and Polish Producers Sail towards the Baltics Featured 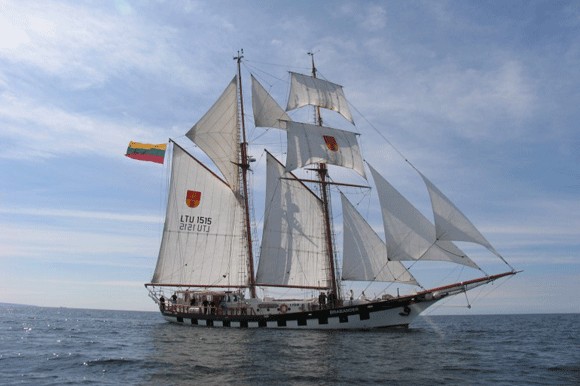 VILNIUS / GDYNIA: Twelve film producers from Lithuania and Poland actively working in the area of international coproduction, embarked on one of the most beautiful sailing vessels Brabander on 12 September 2015 for a voyage from the seaport of Klaipėda to Gdynia, just in time for the opening ceremony of the Gdynia Film Festival (14-19 September 2015).

Together with the Polish Film Institute and Film Commission Poland, the Lithuanian Film Centre has initiated a unique project, an expeditionary workshop for Lithuanian and Polish producers on the route across the Baltic Sea.

“The idea was to encourage Lithuanian-Polish filmmakers to create movies together using unusual platforms and ways of meeting leading to co-productions. Lithuania and Poland are connected by the Baltic Sea, while the Brabander will connect the filmmakers of the two countries as well as their ideas and plans”, said Liana Ruokytė-Jonsson, the initiator of the project, the Head of Film Promotion, Information and Heritage Department of the Lithuanian Film Centre.

Film industry professionals travelling on the boat have discussed potential joint projects and attended sailing-creative workshops moderated by Matthieu Darras, head of programming at the TorinoFilmLab.