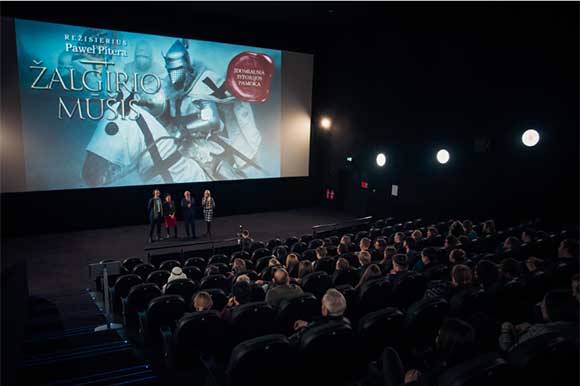 VILNIUS: The Vilnius premiere of the Polish/Lithuanian coproduction Habit and Armour drew a crowd of local celebrities for the red carpet event.

Polish producer Dorota Roszkowska, who helms Warsaw based Arkana Studio, which coproduced the film together with Lithuania’s Artbox, shared with FNE photos of the gala premiere in Vilnius, which took place at the end of February organised by the Lithuanian coproducer Kęstutis Drazdauskas.

The film presents the history of the Teutonic Order and Republic including the Battle of Grunwald. This is a unique production dramatised with spectacular 2D and 3D animation. The Polish/Lithuanian coproduction is narrated by Stacy Keach.

The film was released in cinemas across Lithuania on 1 March, and has received positive reviews and is very popular among viewers. This is the first coproduction between Lithuania and Poland on their common history intended for a wide audience.

Artbox is the distributor of the film in Lithuania. The film will also be broadcast by the LRT - Lithuanian public television.

Click HERE to see the Photo Gallery of the Premiere