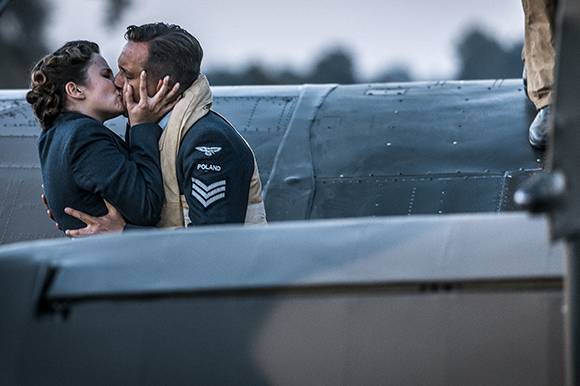 Film Media helmer Jacek Samojlowicz told FNE that buyer interest in the film, which has just completed production, has already been strong in the run-up to Berlinale.

After two Polish films scored slots in the top 10 at the UK box office on their opening weekends at the end of last year, buyers arriving in Berlin are on the lookout for the next big Polish hit. 303 Squadron just might be it.

303 Squadron, a Polish/British production directed by Denis Delić, inspired by Arkady Fiedler's bestselling historical novel of the same title, follows the story of Polish pilots in Britain during WWII and the famous 303 Squadron. It is an epic film based on documents and memories of the legendary pilots. Shot in both Polish and English the Polish-British cast inclues Piotr Adamczyk, Maciej Zakościelny, Cara Theobold, Anna Prus, Andrew Woodall, John Kay Steel and Kirk Barker.

"This is a film that can open wide in the UK or in any market," said producer and Film Media helmer Jacek Samojlowicz. "There have not been so many big budget films about WWII pilots made and none about the Battle of Britain for many years."

“303 Squadron tells of one of the most important episodes of the Battle of Britain. It is a mid-budget film, about war and love, told against a very accurately reconstructed historical background. All mixed together with high-class CGI and VFX. From the very first moment after opening our Ritz Carlton office in Berlin we are welcoming guest after guest," said Samojlowicz.

The film is directed by Denis Delić, based on a script written by Krzysztof Burdza, Tomasz Kępski and Zdzisław Samojłowicz. The title is produced by Jacek Samojłowicz and his company Film Media in coproduction with Luma Ventures, Studio Orka and Lightcraft Advertising. The budget was over 3.3 m EUR / 14 m PLN and the production received 1.4 m EUR / 6 m PLN in production funding from the Polish Film Institute.

Recently, Polish productions have caught the attention of global buyers hitting top 10 box office numbers not only in Poland but also at the UK and other markets. Two Polish films, Letters To Santa 3 (TVN) directed by Tomasz Konecki and Botox (Ent One) directed by Patryk Vega, opened in the top 10 at the UK box office at the end of last year - Letters To Santa 3 weighing in at number nine with 450,655 EUR on its opening weekend in UK cinemas and Botox opening at number five in the UK and with 1,133,353 EUR.

Film Media
http://filmmedia.com.pl
Email This email address is being protected from spambots. You need JavaScript enabled to view it.