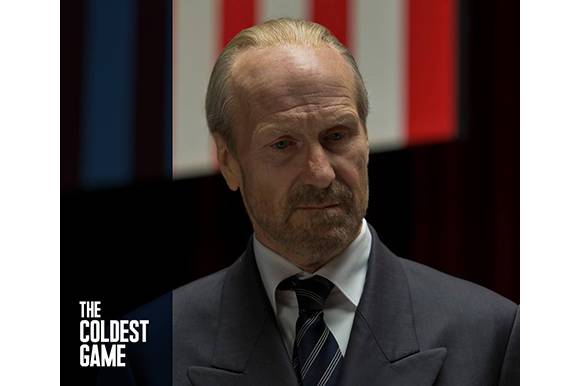 The Coldest Game is set in 1962 at the height of the Cuban missile crisis, and follows chess genius Joshua Mansky, who is forced by the CIA to challenge the Russian master Gawryłow into a chess match during an international tournament taking place at the Warsaw Palace Of Culture and Science. The tournament becomes a cover up, allowing the Americans to investigate if the Russians truly possess nuclear warheads in Cuba.

The production is the first Polish feature film shot in English with plans for broad international distribution set from the beginning. The film is the feature directing debut of Lukasz Kosmicki, who co-wrote the script with Marcel Sawicki. The DoP for this project is accomplished Polish cinematographer Paweł Edelman, and the set designer is Academy Award winner Allan Starski. The international cast includes Academy Award winner William Hurt in the lead, along with Lotte Verbeek, Corey Johnson, Aleksey Serebryakov and Robert Więckiewicz.

"The chess match, Cuban crisis, President Kennedy and secretary Chruszczow were real. The Palace of Culture and Science still towers over the center of Warsaw. We hope that the fusion of fact and fiction, the emotions and the intrigue between the two chess masters, as well as secret service agents of two empires, will give the viewers an unforgettable experience," Kośmicki said in a statement.

The shoot for The Coldest Game launched in February 2018 on location in Warsaw and will finish in April, with a premiere planned for 2019. The film is produced by Watchout Studio, makers of Polish box office hits Gods directed by Łukasz Palkowski and Art Of Love directed by Maria Sadowska.

The film is a co-production with TVN S.A, Next Film, ITI Neovision S.A., Big City Outdoor, The Story Lab, Poręczenia Kredytowe, Kosafilm, Galeria Olśnienia - GO Justyna Chodkowska, with a budget of 3.8 m EUR / 15.9 m PLN including 530,000 EUR / 2.2 m PLN of production funding from the Polish Film Institute. The film is also supported by the City Of Warsaw and the Board of Palace Of Culture and Science.

Watchout Studio
http://watchoutstudio.pl
This email address is being protected from spambots. You need JavaScript enabled to view it.