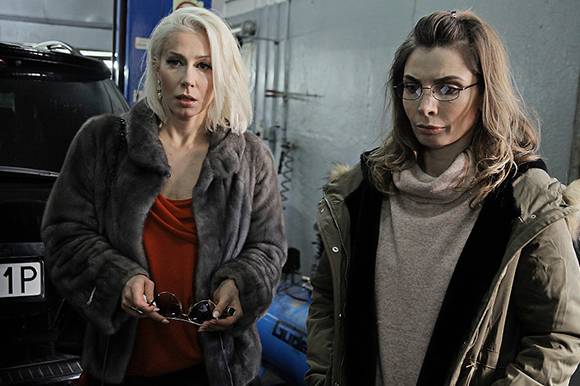 SZCZECIN: Patryk Vega is working on a sequel to his box-office hit Women of Mafia with an international cast and release planned for February 2019.

The shoot for Women of Mafia 2 launched on 10 October 2018 in Warsaw with the crew currently working in Szczecin. The film will be completed by the end of 2018 on location in Poland, Columbia, Germany and Spain. The crime comedy will follow the gang of Polish mafia women, who involve themselves in the dealings of a Columbian drug cartel. For the sequel, Vega cast international actors Angie Cepeda and Enrique Arcego along with Agnieszka Dygant, Aleksandra Popławska, Katarzyna Warnke, Piotr Adamczyk and Janusz Chabior. The script was written by Olaf Olszewski and Patryk Vega. The film is produced by the director's company Vega Investments with a budget of 1.6 m EUR / 7 m PLN.

The first part of Women of Mafia had over 2 m admissions since the film's premiere on 22 February 2018.

The film is also a major success in the UK, where it opened on 2 March 2018 distributed by Odeon, and had box office of 785,543 USD during the first month, taking the number six spot in the overall British box office top ten for March 2018. The worldwide box office for this film to date is 13.1 m USD.

"I'm very excited that people are reacting this way to my films. I never make films just for myself, first and foremost they need to interest the viewers. There is no simple recipe for success. Of course, I have my methods, but I won't reveal the details to the competition," Patryk Vega told FNE.

Women Of Mafia 2 will be released in Polish cinemas on 22 February 2019 distributed by Kino Swiat.