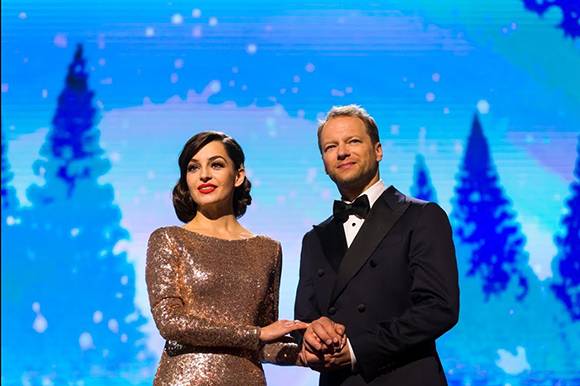 WARSAW: The sequel to box office hit Planet Single had over 1 m admissions and remains in the number one spot in Poland for the third week in a row. The romantic comedy continues a streak of locally produced titles topping Polish box office charts in 2018.

The Polish domestic film market is already having a record year, with over 15 m admissions to Polish productions, and overall cinema attendance is well on the road to breaking 2017's record of 56 m total admissions.

The box office chart is dominated by locally made Polish films, led by Wojciech Smarzowski's The Clergy, which has had over 5 m admissions since its premiere on 28 September 2018, distributed by Kino Świat. But while the success of The Clergy has broken all records, other locally made films are also noting great results. A sequel to the hit romantic comedy Planet Single 2 (Gigant Films) directed by Sam Akina has had over 1 m admissions since the film opened on 9 November 2018 distributed by Kino Świat and has been leading in the Polish overall box office for the last three weeks.

In the last four months, Polish films have dominated the number one spot, outselling Hollywood blockbusters. The success of Planet Single 2 followed six weeks of The Clergy at number one spot. Prior to that, the war crime drama, 303 Squadron (Film Media) directed by Denis Delić was on top for three weeks in September, with 1.3 admissions to date. The intimate comedy Julius (Gigant Films) directed by Aleksander Pietrzak also had three weeks on top in August and September, with over 380,000 admissions and remaining in the Polish box office top 10 for two consecutive months. Marek Koterski's new comedy 7 Emotions (WFDiF) did not hit number one, but is holding strong in the overall top 10 since the film premiered on 12 October distributed by Kino Świat, with over 800,000 admissions during the first month in cinemas. The same is true for the romantic comedy Serce nie sługa directed by Filip Zylber, which opened in Polish cinemas on 5 October 2018 distributed by Mówi Serwis with over 450,000 admissions, and  Filip Bajon's costume drama Kamerdyner with nearly 350,000 admission since it opened on 21 September 2018 distributed by NEXT FILM.