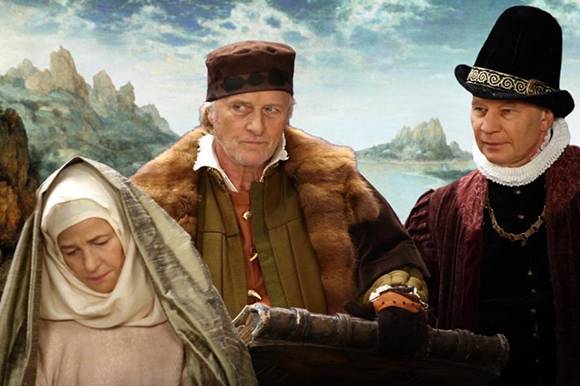 The Mill and Cross by Lech Majewski

KATOWICE: World-renowned Polish film director Lech Majewski is working on his new drama Brigitte Bardot the Wonderful, based on his novel of the same title. The release is planned for 2020.

The drama, set in the second half of the 20th Century in communist Poland, follows Adam, a young man who keeps getting packages from his long-lost father, a WWII hero. He suspects that the packages have a different source and cultivates a lot of ideas on the topic. When he visits the Rialto cinema in Katowice he is suddenly transported to Brigitte Bardot's dressing room. In his visions, he also meets Elisabeth Taylor, Marlon Brando, Paul Cezanne as well as his childhood friends and secret service agents.

"This film is an adaptation of my novel, that took me over a dozen years to write when I was an immigrant. It is the most important book of my life, as it deals with my youth, my childhood and with what Poland and Katowice were at the time." director Lech Majewski told FNE.

The shoot launched on 6 November 2018 in Wałbrzych with the crew currently working in Katowice, and will move to Bożków, Zabrze and Sosnowiec. The film is produced by Małgorzata Domin and her company Domino Film in coproduction with Majewski's "Angelus Silesius" Association, with a planned budget of 1.5 m EUR. The film received production support from the Polish Film Institute and the City of Katowice. The premiere of the film is planned for 2020.

Domino Film
This email address is being protected from spambots. You need JavaScript enabled to view it.