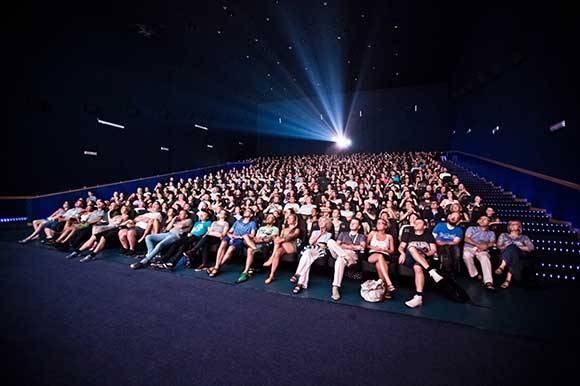 ŁÓDŹ: The 9th Transatlantyk Festival will take place from 12 to 19 July 2019 in Łódź with a programme of over 200 films, including a selection of international premieres in the New Cinema section, competing for the Transatlantyk Distribution Award.

The theme of the 9th edition of the Transatlantyk is Landing on the Moon and other suspended dreams. During the Opening Gala on Friday 12 July at EC1 Łódź - Miasto Kultury, the Festival will be begin with a special screening of the Polish premiere of the Hollywood film I'll Find You directed by Martha Coolidge. The programme includes 50 Polish premieres, screenings as part of the Bedside Cinema and Culinary Cinema and meetings with artists from around the world.

The New Cinema competition showcases the most interesting premieres from around the world, with films awarded at the most important festivals: Cannes, Venice, Locarno, Berlin and Sundance. The 34 films shown in the New Cinema section will compete for the Transatlantyk Distribution Award chosen by the audience. The prize will be used to support the distribution of the winning film in Polish cinemas.


All My Loving / Geschwister (Germany)
Directed by Edward Berger

God of the Piano (Israel)
Directed by Itay Tal

I Was Here (UK)
Directed by Nathalie Biancheri Ola Jankowska

Nona: If They Soak Me, I'll Burn Them / Nona. Si me mojan, yo los quemo (Chile)
Directed by Camila José Donoso