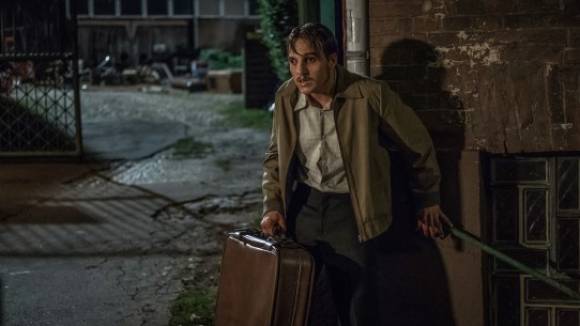 BERLIN: German Turkish director Faith Akin has scored a slot in the competition lineup with The Golden Glove, a grim, violent story that reconstructs the case of 1970s serial killer Fritz Honka.  Akin is a favourite with festival audiences and a winner of the Berlinale Golden Bear in 2004 with his film Head-On but this unremittingly dark story based on Heinz Strunk’s 2016 crime novel, about a socially depraved, violent criminal, driven by misogyny, sexual greed and sentimentality will leave many of Akin’s fans scratching their heads and wondering where the humour, charm and irony of his previous films has gone.

The story is set in Hamburg’s St. Pauli district in the 1970s, a neighbourhood of sleazy night-time entertainment and habitual drinkers and prostitutes, gambling addicts and other lonely people. Fritz Honka, played by Jonas Dassler is a short man with thick glasses and an unpleasant face. He is an unskilled labourer who hangs out at a local pub called Zum Goldenen Handschuh frequently by prostitutes and other down-at-heel drinkers like himself. That the film’s makeup artists have managed to turn the handsome and appealing Dassler into a wholly repulsive does credit to their skills but it does not make the film any more watchable.

For Honka this is the ideal location to pick up lonely women and prostitutes which he invites home to his apartment where he batters them and then strangles them to death. He then dismembers them and disposes of their body parts behind the wall in the attic of his apartment. In an apparently true detail from the story Honka distributes scented air-fresheners throughout the building to disguise the stench of decay, blaming the neighbouring Greek family for the penetrating smells.

Akin reconstructs this true tale of serial killer Honka as he kills and dismembers four old alcoholic prostitutes with unremitting grimness and while the intention is probably meant to have some socially redeeming background of meaning the overall impression is one of morbid fascination and overall disgust that makes this tough viewing without any uplifting moral payoff.  Production designer Tamo Kunz pitches in with sets that are gruesome and grungy. Maybe what Akin is trying to say is that there is nothing socially redeeming about a violent serial killer but it does not make the film go down any easier.

Akin does manage to introduce some dark humour into some of the scenes especially in the conversations among the down and outers at the Golden Glove pub where much of the action is set.  There are grim but amusing losers and alcoholics including an former SS man played by Dirk Bohling who lost an eye during the war in a classic touch and Dornkaat-Max played by Hark Bohn and a definite homage to Fassbinder can be detected in some scenes of the film.

Akin wants to show us the dark side of post-war Germany and that while the economic miracle of the 1970s was in progress there were individuals who were left behind.  But there are always individuals that are left behind in any society.

After the huge global success of his thriller In the Fade starring Diane Kruger the Golden Glove has been pre-sold around the world but it remains to be seen what audiences will make of this latest offering from Akin who is probably Germany’s best known director internationally.