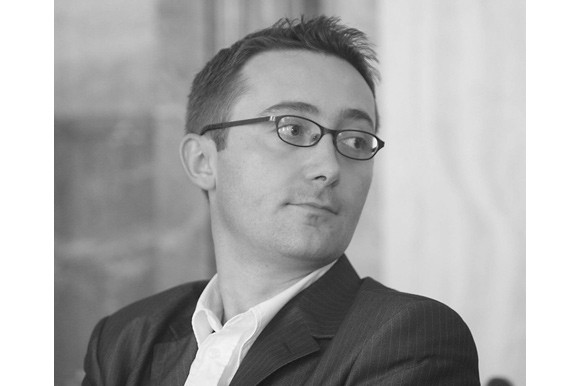 Tudor Giurgiu: Unfortunately there was no development. Funding decreased, there was no law regarding the tax incentives so we cannot name any important development for the film industry.

FNE: How important are the European coproductions for the development of your country's film industry and what needs to be done in order to improve the situation?

Tudor Giurgiu: Coproductions are essential. They might be the only solution for many productions to close their financial plan. Romania has yet more to offer in terms of reciprocity when partnering with other film institutes or film state bodies from other countries. And, of course, CNC (www.cncinema.abt.ro) support has to be stable when talking about minority coproductions.

FNE: What opportunities do you see for cooperation with the neighbouring countries in film production, education and distribution?

Tudor Giurgiu: I do believe Romania and Hungary should collaborate more. Romanian CNC and the new Hungarian Fund should try to work together as to build strategic funding partnerships similar like German-Polish co-development fund or the support mechanisms existing in Scandinavia between nordic countries.

FNE: What is the role of film in your country's cultural identity?

Tudor Giurgiu: For already 5-6 years, Romanian films are definitely the most efficient promotion vehicle abroad for the Romanian culture. But there is a lot of work to do as to make Romanians back home proud of having yearly great films done by young filmmakers and offer many more opportunities for media education for children and teens. As the founder of Transilvania International Film Festival (www.tiff.ro) in Cluj, I do believe we need to work more in the year to come mostly on educational projects in order to make the kids understand that film is a part of Romania's cultural identity.

Tudor Giurgiu: As mentioned before, due to the success of the films themselves and the efforts of Romanian Cultural Institute (ICR, www.icr.ro), very active throughout Europe and especially New York (www.icrny.org), the Romanian cinema became the best way to find out and to learn about the country. The recent success of Lucian Pintilie's full retrospective at MOMA (www.moma.org) or the Romanian Film Festival organized (with most of the screenings being sold-out) at the Lincoln Center in New York (lc.lincolncenter.org) created a great window of sympathy towards Romania.

FNE: Looking back over the past five years what are the major achievements and what do you consider still needs to be done?

Tudor Giurgiu: Major achievements are the wordlwide success of the local films and the continuous breakthrough of new names such as Marian Crişan, Bogdan George Apetri, Adina Pintilie, etc. But we strongly need a clear strategy on how to foster the energy, creativity and the enthusiasm of the filmmakers.