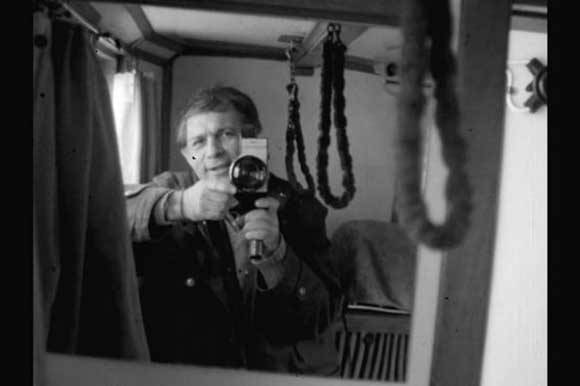 CLUJ-NAPOCA: Nora Agapi’s independent documentary Timebox will screen in the Romanian Days at the 18th Transilvania IFF (31 May - 9 June 2019). The film was awarded best Central and Eastern European film in the Between the Seas section of the 2018 Jihlava International Documentary Film Festival.

The film’s main character is the director’s father, professor Ioan-Matei Agapi, an 80-year-old photographer and cameraman from Iași, who owns a unique collection of 16mm films and photographs documenting almost 50 years of the city’s history. Actually, from 1955 to 1990 he built the biggest personal archive shot on film in Romania. When an eviction order comes out of the blue, the film originally meant to explore archives and memory makes an important shift.

Nora Agapi wrote the script together with Maxim Cârlan.

The 73 minute film was shot from 2012 to 2016. It was produced by Nora Agapi and Monica Lăzurean-Gorgan through Manifest Film.

The project was rejected three times at the grants contest organised by the Romanian Film Centre, thus the editing process was slower than usual and it took two years. However, the film received several awards including the main prize at the Saratov Suffering Film Festival for Documentary Drama 2019, Russia, and best director and best photography at the Cronograf IDFF 2019, The Republic of Moldova.

Producer:
Manifest Film (Romania)
This email address is being protected from spambots. You need JavaScript enabled to view it.