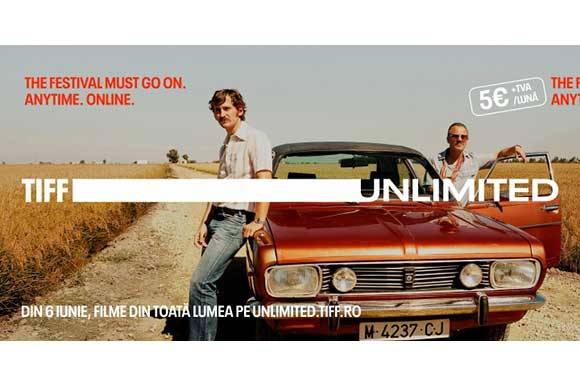 CLUJ-NAPOCA: The Transilvania IFF launched its new VOD platform TIFF Unlimited on 6 June 2019, an initiative which expands both the time line and the geographic impact of the 18-year-old festival. The idea was the brainchild of the festival’s director Tudor Giurgiu, a bon vivant multi-hyphenate with a flair for the visionary.

Giurgiu started thinking about “adding an online or digital arm to the festival” five years ago. “We here in Romania have the problem that good films are gone after the festival is over,” he said at a press conference in Cluj-Napoca. “It’s now or never when we can re-design our festival activities… (and) have this opportunity.” He added, “We thought of this unlimited experience,” which gave the VOD platform its name. The new initiative addresses the pressing need to improve the film distribution situation in Romania, where many films get limited cinema releases and disappear from the market within a couple of weeks.

The festival took advantage of the booming IT industry in Cluj, partnering with a local tech company which handled the logistics. Giurgiu told FNE he wasn’t aware of any other such VOD platform attached to a festival in the CEE region, so he modeled it on platforms at the Rotterdam and Goteborg festivals.

Pre-sign-up began on 31 May, and the platform already has 350 subscribers. Giurgiu told FNE he hopes to have 3,000 subscribers by the end of 2019. “We deliberately lowered the subscription fees. At the beginning it should be really accessible for the market,” he said. The initial offering is beginning with 51 titles, and the festival is adding new titles from both this year and past years’ events. “We’re trying to be reactive to what worked at this year’s festival.” TIFF Unlimited will renew its catalogue every two or three weeks.

Dorina Oarga, head of the TIFF industry programme, said the platform, which was launched in partnership with the Romanian Film Centre, is available only in Romania. She said, “We are definitely considering expanding outside Romania, first in the region. “

Giurgiu added, “We’re looking at places where Romanians live.  But first we need to see the results on the local market, and need to add more sponsors and commercial partners.” He told FNE, “For us, this was a major jump,” and concluded, “Next year we want to be able to have all the titles from the competition programme… so that everybody in Romania … could relate more to the festival experience.”