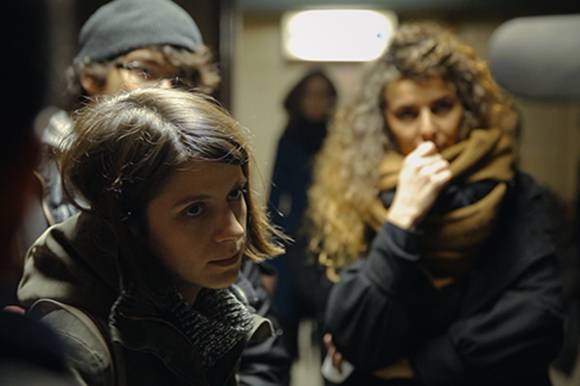 Occupied Cinema by Senka Domanović photo: This and That Films

BELGRADE: The long documentary Occupied Cinema / Okupirani bioskop directed by Senka Domanović is in the final postproduction stage. This Serbian/Croatian coproduction focuses on the guerrilla action initiated by young activists, who took over the privatised cinema Zvezda in Belgrade in November 2015.

This activity united young filmmakers, students and social activists, who shared the same ambition - to change the reality they were living in. Disillusioned and provoked by the fact that, among other similar venues, this popular cinema in the very center of Belgrade had been privatised and soon after that deliberately left to slip into complete devastation, young activists decided to take the matter into their own hands.

“The occupation" of the Zvezda has evolved over the years, with some of the members leaving the movement, but it is still going on. Film programmes are organised and presented there, especially during spring, summer and in early autumn.

This is the first long film by Senka Domanović. It is produced by Snežana Penev through Serbia’s This and That Productions in coproduction with Siniša Jurić  through Croatia’s Nukleus Film. Both Film Center Serbia (FCS) and the Croatian Audiovisual Center (HAVC) are supporting. The reported budget is 80,000 EUR.

This and That That Productions
www.thisandthat.rs
This email address is being protected from spambots. You need JavaScript enabled to view it.

Nukleus Film
www.nukleus-film.hr
This email address is being protected from spambots. You need JavaScript enabled to view it.