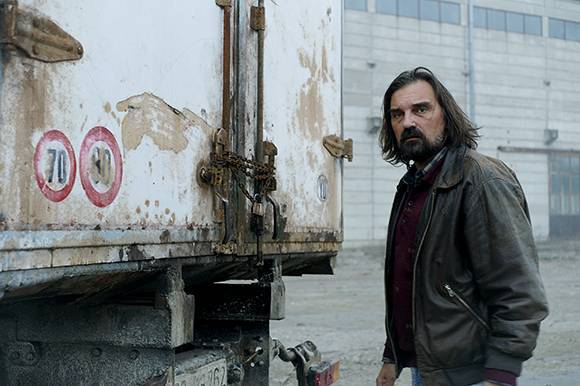 KOSICE: The Serbian/Croatian/French/Iranian/Qatar coproduction The Load by Ognjen Glavonic, a gripping story of a truck driver who learns that the cargo he’s been transporting from Kosovo to Belgrade contains the bodies of victims of the war in Yugoslavia, screens in the main competition of Art Film Fest, running through 23 June 2018.

The film immediately grabbed industry attention as just a project, won the Post-Pitch Award of 25,000 in in-kind services at the 15th Connecting Cottbus pitching forum in 2013.

Producer Dragana Jovovic and director Ognjen Glavonic said the story was based on the real discovery that the bodies of dead Albanians were transported to Serbia and buried in mass graves. The original Serbian title translates variously as the weight, cargo, burden or load.

The film, which was budgeted at 400,000 EUR originally, was intended as a coproduction with Kosovo, but diplomatic issues of recognition of Kosovo hindered that collaboration. Partners on the film include development support from the Hubert Bals Fund and the province of Vojvodina. The Croatian coproducer is Kinorama.

The film's leading role was played by Croatian actor Leon Lucev. The film was picked up by New Europe Film Sales and had a premiere in the Cannes Directors’ Fortnight. It is scheduled to be released in Serbia in October.