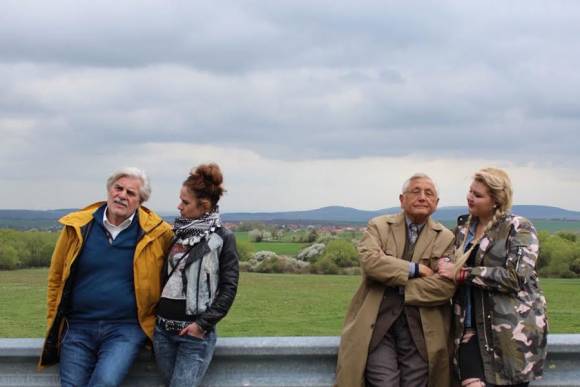 The Interpreter by Martin Sulik

BRATISLAVA: Martin Šulík´s feature film The Interpreter / Tlmočník will screen at the Slovak Film Week, a showcase for domestic production organised by the Slovak Film and Television Academy from 6 to 12 April 2019. This Slovak/Czech/Austrian coproduction had its world premiere at the 68th Berlinale in 2018 and was later screened at 17 festivals worldwide, receiving several awards.

The Slovak Film and Television Academy nominated The Interpreter / Tlmočník in 12 categories, including best feature film, at the Sun in a Net national awards, set to take place as part of the Slovak Film Week event on 5 April 2019.

This road movie tells the story of two old men trying to free themselves from the unresolved conflicts of their past and to look for their identity. The main character, an 80-year-old translator Ali Ungár (played by the Oscar-winning director Jiří Menzel) decides to go to Vienna to look for the SS man whom he finds responsible for his parents´ execution during WWII. The only person he finds is the man’s 70-year-old son Georg (played by Peter Simonischek). The translator’s visit arouses Georg’s curiosity and he decides to invite Ali on a trip through Slovakia.

„Our story is not just about the events that took place during the war, but is also a reflection on the 20th century. Through two opposing characters, we explore what our heroes believed in the past and how they look at their lives today, after living in two different social systems,“ scriptwriter Marek Leščák said.

The film was produced by Šulík´s company Titanic and the Czech In Film in coproduction with Austria‘s Coop99, the Slovak RTVS and the Czech Television. It was supported by the Czech Film Fund, the Slovak Audiovisual Fund, the Ministry of Culture of the Slovak Republic, Österreichisches Filminstitut and Filmfonds Wien.