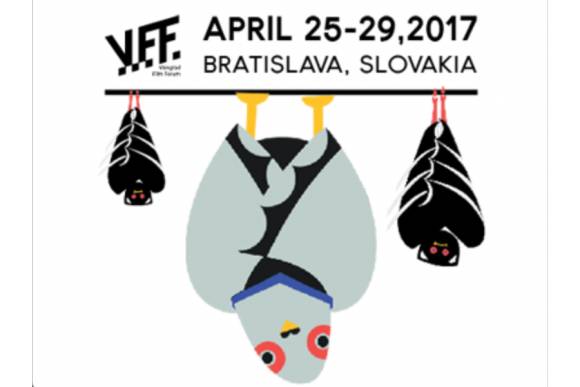 International event at the end of April fulfilled its mission and brought big names of cinematography and students from all around the world to Bratislava. Masterclasses, screenings and discussions were balanced by friendly atmosphere.

Five-day event started with the screening of cult film The Neverending Story. Spectators travelled back to their childhood by watching this classic on the big screen in the presence of Colin Arthur, father of the phenomenal creatures. Not only he mentioned the process, he also showed real size models of creatures from the movie set like Stonebiter, Racer Snail and head of the Irish setter which – along with the real-life one that once belonged to Arthur – was an inspiration for the character of Falkor the Luckdragon.

Second day was led by the production designer Ludovica Ferrario who revealed behind the scenes and process of constructing fictional film world. She disclosed how she managed to build the replica of Sistine chapel or fill the square of St. Marco with water. She emphasized that script is like a recipe for audio-visual piece and later that day producer Tomáš Hrubý and scriptwriter Štepán Hulík picked up on that. They motivated participants with the stories of the beginnings of their careers and funny anecdotes from the movie sets of Wasteland and Burning Bush. At the end of their masterclass there was a vivid discussion about new streaming channels like VOD platforms Netflix and HBO GO.

On the third day of VFF Colin Arthur talked enthusiastically about his 50 year long career in SFX and make-up field. He mentioned various methods he used to create his spectacular effects, how to make a fake blood or how did he got away from working on wax figurines at the museum of Madame Tussauds to film set of Stanley Kubrick's 2001: Space Odyssey. He assured that despite he had created special effects without CGI he also believes it’s just another tool that provides even more possibilities in his field. At the end of his masterclass was acknowledged the old truth: Behind every great man there's a great woman. He and his wife Sarah Jeanne Arthur talked about their long relationship. Afterwards there was an exclusive pre-premiere screening of Menandros & Thaïs which led to brisk discussion with the producer Anna Tydlitátová and editor Zuzana Walter. They explained how they promoted their experimental and low-budget blockbuster.

Friday morning masterclass was led by the executive producer of HBO Steve Mathews. He talked about the work of scriptwriters and the role of film channel in the European TV market. Despite the fact that the American production is much more unified, scripts on the old continent need to be adapted to cultural contexts of specific European countries so that they can be fully appreciated by different groups of viewers and they also have to feel relevant in the present moment. Then the Austrian filmmaker Anja Salomonovitz presented her documentaries with strong political and social messages.

Event finished with British director Peter Strickland and his debut film Katalin Varga which got a Silver Bear at the Berlin Film Festival. Strickland also complained about the work of a freelance director being very hard because he never knows if he will have enough money for future projects,yet he encouraged students that if they follow their dreams despite the fear of failing, they will be eventually satisfied.

Networking and educational platform was fulfilled by the school encounters. Surprisingly friendly confrontations of film schools from around the world showed the different conditions in which are the films being made. Various teams exchanged their experience to improve and learn from each other.

Visegrad Film Forum is known for its great accompanying events. These took place at the various venues of Bratislava trying to represent its diverse nightlife. Overcrowded clubs were a proof that this exceptional city on the river Danube offers a lot, not only for the locals but also the foreigners. known for i e VOD platforms Netfearn from each other. the different unters. Surprising friendly promote and e VOD platforms Netf

Under the patronage of the Mayor of Bratislava Ivo Nesrovnal

Last modified on 2017-05-04
Tweet
More in this category: « EFP PRESENTS THE 18TH EDITION OF PRODUCERS ON THE MOVE MIDPOINT Announces Selected Projects for Feature Launch 2017 »
back to top