FNE at Connecting Cottbus 2012: Three Windows and a Hanging Featured 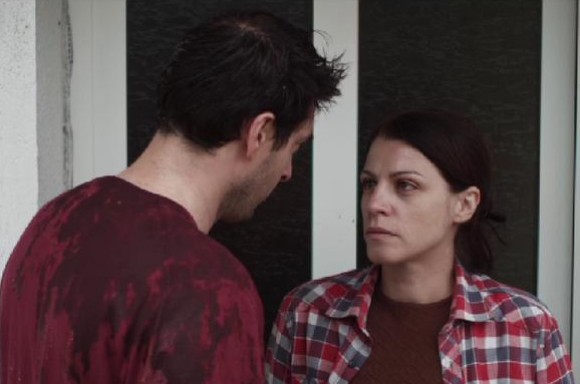 Still from the trailer for "Three windows and a hanging"

COTTBUS: Kosovo made its first appearance at the Connecting Cottbus (www.connecting-cottbus.de) pitching forum with Three Windows and a Hanging, a dramatic post-war story from leading Kosovo director Isa Qosja.

The film is a cornerstone of Kosovo’s newly inaugurated efforts to revive its film industry and reconnect to the international film community. It also figures in a move by successful TV and advertising producers Shkumbin Istrefi and Mentor Shala into film production. The project has already received a substantial grant of 250,000 EUR from the Kosova Cinematography Center (www.qkk-rks.com), and has a total of 400,000 EUR in cash and in-kind services in place against a budget of 650,000. The producers announced that NiKo Film of Germany had come on board the project just prior to Connecting Cottbus.

The filmmakers presented a gripping clip of a story of a village woman who reveals she was among a group of women who were raped by Serbian soldiers, creating waves of hate and humiliation throughout the village. The film will shoot in summer 2013, and is due to be completed by the end of 2013 or early 2014.

“Our real aim is for this film to be distributed,” Istrefi said. The team lined up seven meetings in Cottbus, including one with Polish distributor New Europe Film Sales (www.neweuropefilmsales.com), and another with Czech production company Lucky Man Films (www.luckymanfilms.com)