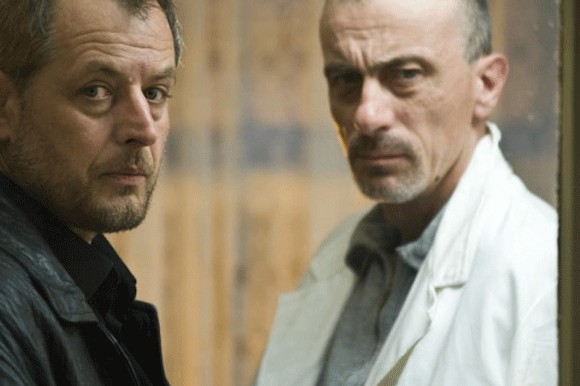 The Petrov File by Gueorgui Balabanov

VARNA: The debut feature of the director/scriptwriter Gueorgui Balabanov was written in collaboration with Jean-Claude Carrière. The Petrov File, a Bulgarian-German coproduction, screens in the main competition of the Varna Golden Rose Film Festival (11-17 October 2014).

The main character is a theatre actor who is suddenly banned from the stage during communism. The man responsible for ruining his career is a secret service officer who continues to manipulate him during the period of transition up to the present day.

The director said that his intention was to portray fear as “an invisible character”. “Fear is present throughout the whole story and dominates the ending. It has been transferred from the old system to the new one”, said the director who immigrated to France in 1986.

The Petrov File is a coproduction between Bulgaria’s Camera and Germany’s Ostlicht Filmproduktion. The budget of 1.2m EUR includes support from Eurimages.

The main characters are played by top actors Mihail Bilalov and Hristo Shopov. Bulgarian-born Canada-based Stefan Ivanov is the DoP.

The film was shot entirely on location during six weeks in 2012. One of its challenges was to recreate the changing atmosphere of Sofia from the beginning of the 80’s until today.

For more information go to: LINK