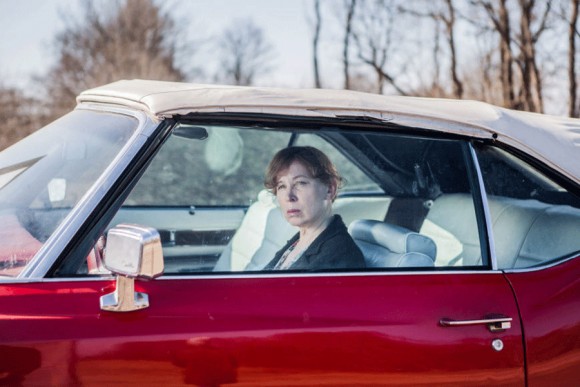 Egle Vertelyte wrote the script. The story is about the tragicomic experience of middle aged Irena, who used to lead the “October Revolution” pig farm in the ex-Soviet union for fifteen years. The collapse of communism, her husband’s alcoholism and the depressing picture of dying pigs deeply confuses her. A sudden love affair with an American businessman blows her life and turns her into a believer in God.

“Miracle is a plot-driven tragicomic drama with strange and a bit exaggerated characters and quite an extraordinary plot. That's why the story also feels satirical or like a farce,” - Vertelyte told the media.

Lukas Trimonis is producing through Luthuania’s InScript in coproduction with Pavlina Jeleva through Bulgaria’s Geopoly and the financial participation of Poland’s Orka Postproduction Studio. The project budgeted at 650 000 EUR was supported by the Lithuanian Film Center, the Bulgarian National Film Center, Eurimages and the EU Media programme.

Famous Polish actor Daniel Olbrychski plays a Catholic priest in the film. The cast includes Egle Mikulionyte, Andrius Bialobzeskis and US based Vyto Ruginis. The shooting took place in several small Lithuanian settlements during the winter of 2016. The interiors were shot on set in April 2016 in Sofia.

Egle Vertelyte is an alumna of Denmark’s European Film College. Her feature length documentary UB Lama, which she filmed in Mongolia in 2009, was selected by more than 20 international film festivals and received 6 international awards.

IN SCRIPT
Teatro st. 11-10
Vilnius
Lithuania
+ 370 6991 4913
This email address is being protected from spambots. You need JavaScript enabled to view it.
www.inscript.lt

GEOPOLY
16, Kapitan Andreev Str
1421 Sofia
Bulgaria
+359 888 605 350
This email address is being protected from spambots. You need JavaScript enabled to view it.