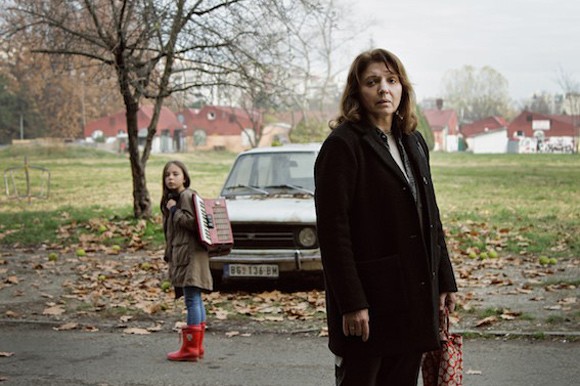 The story written by Vuletic follows a week in the life of Mrs J, a middle-aged widow living in a modest post-communist flat with her mother in law and her two daughters. After losing her job, she falls into a deep existential crisis and decides to commit suicide on the anniversary of her husband's death.

“The film is a dark comedy about a woman who wants to kill herself. Due to bureaucracy and social disintegration, she cannot do that. Living in transition is complicated, but dying is even more“, Vuletic told the media. The cast includes Danica Nedelkovic, Mira Banjac, Jovana Gavrilovic, Srgjan Todorovic and Valcho Kamarashev.

Nenad Dukic is producing through Serbia’s SEE Film Pro in coproduction with Pavlina Jeleva through Bulgaria’s Geopoly Film and Tomi Salkovski through Macedonia’s Skopje Film Studio. The budget of over 700,000 EUR is supported by Film Center Serbia, the Bulgarian National Film Center, the Macedonian Film Fund and Eurimages.

The project won the Karlovy Vary IFF Works in Progress Award in the amount of 100,000 EUR in July 2016. Shooting took place in Novi Belgrade, Skopje, Sofia and the Black Sea shore in 2015-2016. The postproduction services are split between the Czech companies UPP and Soundsquare, and the Bulgarian company Doli media.

Bojan Vuletic’s first feature film Practical Guide to Belgrade with Singing and Crying (produced by Serbia’s Art & Popcorn in coproduction with Germany’s TR9 Film) was selected for the Karlovy Vary East of the West competition in 2011.

See Film Pro
Omladinskih brigada 224
Belgrade
Serbia
Phone: +381 11 61 55 830
This email address is being protected from spambots. You need JavaScript enabled to view it.

Geopoly Film
5, Evlogi i Hristo Georgievi Blvd
1142 Sofia
Bulgaria
Phone: +359 888 605 350
This email address is being protected from spambots. You need JavaScript enabled to view it.
www.geopoly-film.com