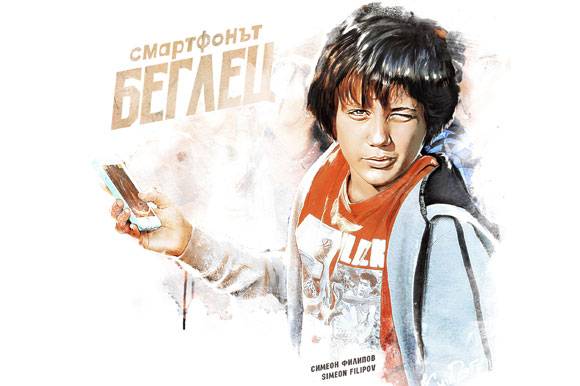 The Runaway Smartphone by Maxim Genchev

VARNA: Maxim Genchev’s feature film The Runaway Smartphone will screen in the main competition of the 36th Golden Rose National Film Festival (27 September - 4 October 2018). It is a privately financed family film filled with miracles and adventures, and aimed at the young audience.

Two boys, aged 17 and 13, and a girl aged 15 are trying to raise money for the treatment of a child, when a magic Smartphone propels them into the past. Fearsome robbers and all kinds of dangers are waiting for them there. Finally, the unforgettable journey helps the teenagers grow up. The film’s producer Zlatina Filipova also wrote the script.

“We tried to create a tender teenage love triangle, which, of course, is very platonic. At the same time we tried to show that young people can also act in the name of humanitarian causes. Our film combines adventure and education”, Genchev told FNE.

Simeon Filipov and Matey Genchev play the boys and Vasilena Stoyanova is the girl.

Shooting took place in the summer of 2016. One of the main locations is the famous Prohodna cave, known for its two eye-like holes in its ceiling.

Filipova produced through her company Amrita, assuring over 200,000 EUR for the production of the film.

In May 2018 the film was awarded by the World Peace Initiative in Cannes and also competed in Germany’s Children’s IFF KiKiFe.

Amrita will start the domestic release on 8 February 2019.

Production Information:
Amrita
www.amritaart.bg
This email address is being protected from spambots. You need JavaScript enabled to view it.