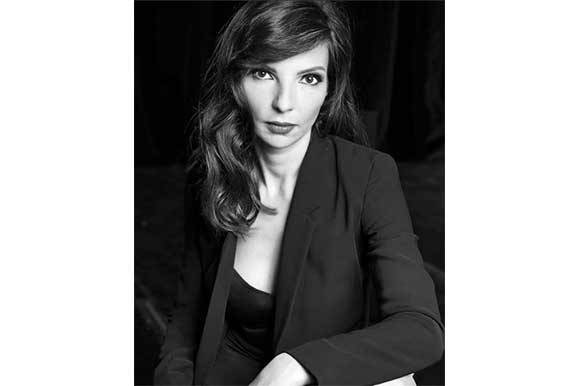 SOFIA: Jacqueline Wagenstein, working at Colibri Publishers since 2005 and founder of the International Book&Movie Festival CineLibri, spoke with FNE about its unique content and latest successes. The festival, which is focused on book adaptations, is running simultaneously in Sofia and several big Bulgarian cities from 5 to 20 October 2019.

FNE: How did this festival come to life?

Jacqueline Wagenstein: The idea came to us at the moment we were preparing the celebration of the 25th anniversary of our publishing house Colibri. In Bulgaria, but not only here, it is famous for its huge productivity and for its original publishing line Amarcord. Over the years we have been publishing numerous books by well-known and respected filmmakers, who recollect personal memories on their lives and careers. We've also hosted and supported the visits of many important personalities, such as the Italian writer Paolo Giordano, the French novelist Katherine Pancol and the world-famous “writing” directors Wim Wenders and David Lynch. Academy Award honoree Jean-Claude Carrière was also among our guests.

FNE: What did you do?

Jacqueline Wagenstein : In order to mark the anniversary we decided to organise a ten-day film festival. Back then, in 2015, our programme was composed mostly of old films, for instance we opened the event with Blake Edwards’s 1961 Breakfast at Tiffany's, based on Truman Capote’s novel of the same name. In 2016 the festival opened in Hall 1 of the National Palace of Culture and filled it upstairs. French writer Frédéric Beigbeder, Czech film director Jiří Menzel, Israeli writer David Grossman were present. In 2017 the festival became international with an official competition. British/American actress Kiera Chaplin, granddaughter of Charlie Chaplin, French composer Bruno Coulai and Bulgarian film director Ilian Djevelekov were among our first jury members. In 2018 the members of our second international jury were Dutch writer/actor Herman Koch, English actor/singer Michael McKell, French author/ screenwriter David Foenkinos and Canadian director Andy Deliana. In fact, in 2019 CineLibri is celebrating its fifth anniversary. I would say: we have reached our desired festival format and we intend to keep as it is, meaning around 50 films over a period of 15 days, screened in Sofia and in Bulgaria’s major cities. We want to have 10-15 films in the main competition, a prestigious international jury of four foreign and one Bulgarian member, and a minimum of 10 famous guests. We also stick to the idea of having official galas dedicated to each of the participating countries, a short film competition, a documentary and an animated films programme.

FNE: Who are the members of the jury this year?

FNE: Does CineLibri approach the size of Sofia Film Fest?

Jacqueline Wagenstein: Sofia Film Fest screens a bigger number of films. We screen approximately the same amount as the popular autumn film show Kinomania. But as far as the interest of the audience is concerned we are actually becoming the second largest film festival in Bulgaria. This year CineLibri is practically sold out.

FNE: How do you explain this interest in the “films made from books” brand?

Jacqueline Wagenstein: First of all, the selection is very precise. It actually includes 45 feature films and 10 shorts and they are chosen from over 300 film adaptations. According to our regulations the official competition can include only films produced in the previous year. In the parallel sections we can also have documentaries about books, writers, literary characters, etc.

FNE: Who selects the films?

Jacqueline Wagenstein: Basically, it’s me. At the same time the festival has constant contacts with international agencies and we keep track of everything coming out on the publishing markets. We also have subscriptions to the most important platforms and we are constantly visiting the biggest international film festivals. A major reason for the success of CineLibri is that the festival brings top quality cinema to Bulgaria, usually big productions with famous actors. They come from all over the world, from Asia, Latin America, Europe. The Bulgarian audiences have nowhere to watch such films; people do not even know they exist. Another added value to our festival is the accumulation of different types of audiences, the traditional films viewers and the book readers. In addition, every day we organise numerous special events and meetings with the audience.

FNE: How do you manage to attract so many famous literary and film personalities to Bulgaria?

Jacqueline Wagenstein: Well, I think that although Bulgaria is not a big market it is a very interesting destination. As a publishing house and now as a film festival we are partners not to be neglected. We are present in the portfolios of important agencies and we offer reliable partnerships. All our guests are given VIP care and get excellent visibility. I am convinced that Bulgaria should not be ignored on the cultural world map.

FNE: What else attracts them?

Jacqueline Wagenstein: Well, I think that intellectuals like Ian McEwan, Volker Schlöndorff, Jiří Menzel, Christophe Lambert and others come to Bulgaria as they are not indifferent to the way we combine cinema and literature. Take Benoît Jacquot, most of his films are based on books; for Volker Schlöndorf – same thing. Such people come to Bulgaria because they recognise the interaction between film and literature as a fruitful one and are glad to be part of this unique celebration.

Jacqueline Wagenstein: The festival has about one hundred and fifty partners, 30 of them are institutions. It is included in the Cultural calendar of the municipalities of Sofia, Varna, Burgas and Gabrovo. It is also financially supported by the Ministry of Culture and the Bulgarian National Film Center.. I am proud that in such a short time CineLibri, a separate legal entity, has managed to become so popular. I am also proud that CineLibri started distributing films. So far, this activity has been recent, but we strive to distribute five European and Bulgarian films every year.