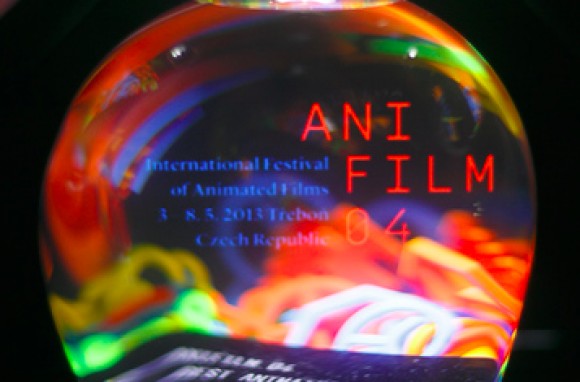 TREBON: The 4th edition of the Czech festival of animation, Anifilm (3-8 May 2013) takes a giant step forward with the launch of the Visegrad Animation Forum on May 5th, with some 200 international guests expected to attend the festival, the forum, or both.

The support of national and international agencies for this once-imperiled festival marks it as a leading force in the field of animation in Central Europe. Speaking with FNE on opening night, fest producer Tomáš Rychecký said the festival was benefitting from a bigger budget – 8 m CZK – and the support of both the Czech Ministry of Culture and the Ministry of Finance, as well as the Visegrad Fund. The Czech Foreign Minister Karel Schwarzenberg was a visible presence during the opening week-end as well. This festival, set in a fairy-tale castle town in South Bohemia, under the management of a young team of over-achievers, is now firmly grounded in business realities.

The Czech animation industry honored its own on opening night, with a Lifetime Achievement Award for Alfred Born and a medal from the Ministry of Culture for one of the country’s international stars, Michaela Pavlátová. Across the board, evidence of the festival’s growing stature was present, from upgrading of screening facilities (courtesy of the City of Třeboň, which has been one of its staunchest supporters) to standing-room-only audiences and audiences clamoring for admission into popular screenings like competition entry A Liar’s Autobiography presented by the team of directors Ben Timlett and Jeff Simpson and supervisor of animation Justin Weyers.

The biggest influx of professionals begins today, with preparations for two pitching sessions underway at the three-day Visegrad Animation Forum. Tuesday 6 May sees representatives from leading TV channels in Třeboň for the first TV series pitching session, and independent producers, including Warsaw-based sales boutique New Europe Film, are expected at the animated films pitching session on 7 May.