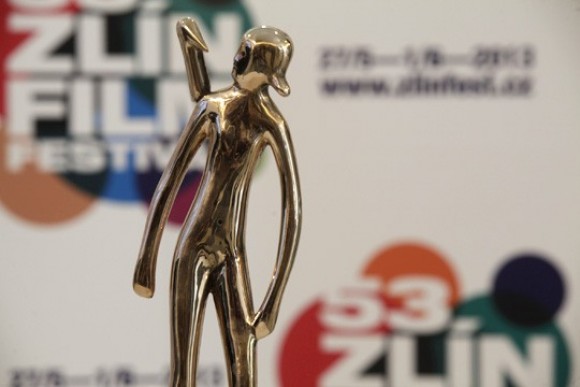 ZLIN: Marking its 53rd edition, IFF Zlin, the oldest and largest children’s film festival in the world, was a master class in staying young and fresh.

That was evident in the festival’s closing ceremony held on 31 May 2013, an entertaining and audience pleasing event produced in cooperation with public broadcaster Czech TV. The partnership is fueled by CTV’s upcoming launch of a children’s channel, CTD, under the direction of former Zlin fest director Petr Koliha, who handed over the reins of the 2013 festival to Marketa Pasmova. Pasmova paid tribute to her former boss, saying, “We think Petr Koliha set up the right structure for the festival.” Koliha returned the favor, noting, “We started the countdown to the new Czech TV children’s channel in Zlin.” The televised closing ceremony featured an array of talented Czech kids, from acrobats to actors well-deserving of the enthusiastic reaction of the audience that filled the city of Zlin’s new Congress Center.

Upgraded venues (such as the architecturally impressive Congress Center and adjoining Tomas Bata University Building) have been enhancing the festival experience for the past few years. The city and sponsors showed their loyalty to an event that is a secured fixture on the cultural calendar. When the previous main sponsor had to withdraw for legal reasons, local company Enapo was quick to step in with a multi-year commitment. “This is our city. The film industry needs support from local companies, and we are proud to support the festival,” company spokesman Jan Svoboda told FNE.

With private funding in place for next year, the 2014 festival should be a magnet for CEE professionals. Pasmova revealed that the festival will have a country focus on Poland, along with a new industry focus and an anticipated increase in Czech production.

The 2013 festival screened 299 films from 53 countries, including eight world premieres and 25 international premieres, along with 160 Czech premieres. The English film Now Is Good by Ol Parker won three prizes: the children’s jury award for Best Feature Film for Youth, the Audience Award, and a Milos Macourek Award. Scotland took home the Europe Award for a young debut film which went to Shell directed by Scott Graham. The Golden Slipper for best animated film went to the Belarus film Pilipka by Tatiana Kublitskaya. Receiving the film, Minsk International Film Festival director Igor Soukmanov gave a heartfelt thanks, saying he was glad the festival was recognizing Belarus not for its politics, but for culture and film. The only other Central European winner was the Latvian film Mother, I Love You (Film Studio Tanka) by Janis Nords.

Children's Jury Award for Feature Films for Children Best Feature: I Give You My Word, Russia, Directed by Alexandr Karpilovsky

Special Jury Award: Your Beauty Is Worth Nothing, Austria, Directed by Hüseyin Tabak