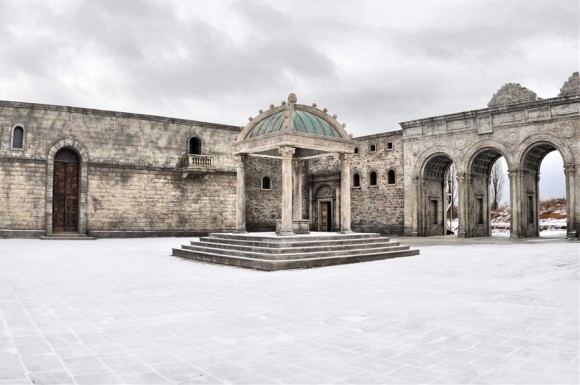 PRAGUE: Historical TV productions are energizing the Czech international film service industry, with two TV projects for Germany’s SAT 1 and Norwegian TV scheduled to production within the next month, joining a busy line-up of TV films and series filming on locations in the Czech Republic.

At the end of September 2013, Die Hebamme, a historical TV film for the German TV station SAT 1 starts production.  The shoot will last until the end of November and is serviced by Wilma Film (http://www.wilmafilm.cz/de/home.html).  Another TV series in preproduction titled The Heavy Water War comes from Norway and its plot looks back to World War II.  The two-month shoot will start at the end of October with Sirena Film (http://www.sirenafilm.com/) as the Czech service production company.

Prague´ Barrandov Studios (http://www.barrandov.cz/) is hosting the third season of the European co-production historical series Borgia produced by Atlantique Production, Etic Films (www.etic.cz), Beta Films GMBH and Film United  (http://www.filmunited.cz/) on the Czech side. The shoot including several exterior locations in the Czech Republic will continue for three months with spending of some 7.8 m EUR.

The BBC Worldwide TV mini-series The Musketeers, another adaptation of a novel by Alexander Dumas, started production in spring and will wrap on 8 October 2013. The Czech side is handled by Czech Anglo Production (http://www.filmcommission.cz/directory/subject/s/67) and most of the crew of 200 has been hired locally.  The Musketeers has spent almost 11 m EUR in the Czech Republic, nearly half of the total budget of the whole project.

Stillking Films (http://www.stillking.com/) continues with the second season of the coproduction series Crossing Lines, following a special crime unit that hunts down criminals across Europe. The first season was shot last year on Czech locations that doubled for  Paris, Berlin, Vienna, Italy, and the Netherlands. Crossing Lines is produced by Tandem Communications and Bernero Productions in coproduction with TF1 Production/TF1 Network and in association with Sony Pictures Television Networks.

The Czech Film Commission (http://www.filmcommission.cz/) reports that all the mentioned projects are receiving the tax incentives from the Czech State Fund for Cinematography (http://www.fondkinematografie.cz/).