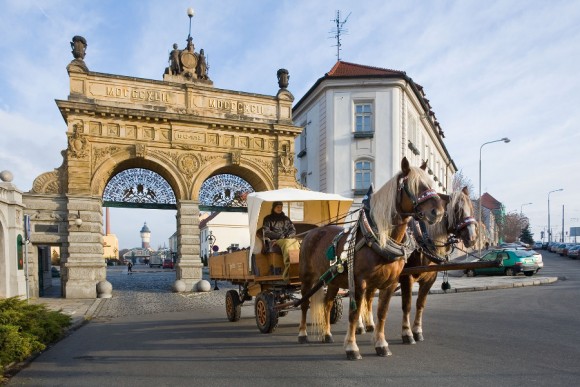 A marathon three-day filming schedule on Hany took place on location in the famed Czech brewery city of Plzen http://www.pilsen.eu/

Samir, who also wrote the script, shot the film after a 40-day period of intensive rehearsals. Speaking with FNE the day after filming concluded, Samir said he was completely exhausted.

The 5.5 m CZK film in is produce by Barletta (no website), the production company of the youngest professional Czech director Matěj Chlupáček (Bez doteku/Touchless, 2013), and coproduced (and distributed) by CinemArt. The film is being produced without Czech public or TV funding. The cast includes Jiří Kocman, Hana Vagnerová, Ondřej Malý, Jitka Schneiderová and Polish actor Michal Sieczkowski.

The story takes place during a single evening in a literary bar in the middle of a big city. Each of the main characters has come to the bar for a different reason: one just to have fun, another looking for love, and the third is drunk and confused. A group of drug dealers also appears and the film climaxes with a violent street riot that reveals the true nature of the characters.

The director/scriptwriter said: “I perceive Hany as a comedy, although I should call it drama. I love comedies, where a viewer doesn´t laugh, or rather he is afraid to laugh. A goblin siting inside of him is giggling at what he sees, but he understands at the same time, that what he is watching is not funny at all.“

The release by CinemArt is planned for spring 2014.