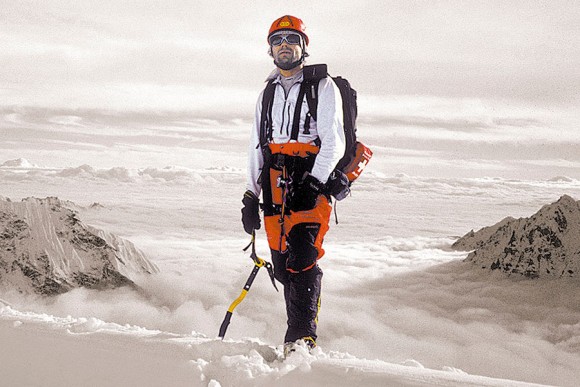 PRAGUE: David Čálek's Climbing Higher, the most attended documentary of 2015 in Czech cinemas and winner of best feature length film award at Canada’s Banff Mountain Film Competition in November 2016, is available on VOD from 8 to 11 December 2016 at http://dafilms.com/film/9806-cesta-vzhuru/. The film is a Czech/Slovak coproduction.

Climbing Higher, directed and photographed by David Čálek, gives an extraordinary chance to witness the great achievement of Radek Jaroš, the first Czech climber and the 15th person in the world to have completed the Crown of the Himalayas, world's 14 tallest mountains.

Radek set out to climb his final 8,000er with a camera in tow, thus enabling the viewers to experience his K2 expedition first hand and see places reached by only a handful of people from the whole planet.

“At the occasion of the award we decided to make the film available for a couple of days for free and to introduce it to Czech and international viewers, distributors, sales agents, festivals and cinemas,” says Richard Němec, the producer of the film.

He is producing through Verbascum in coproduction with the Czech Television and Slovakia’s Punkchart films.