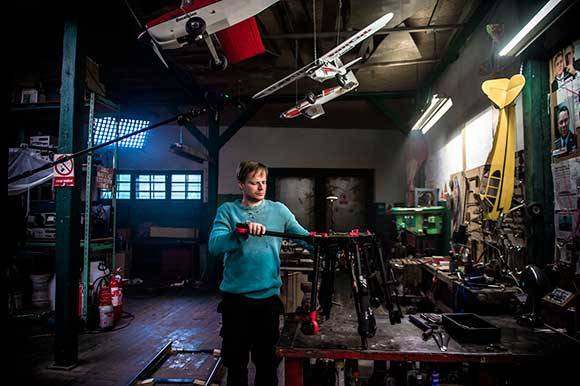 The film follows the development of a prosperous drone renting company. The main character Pavel has worked in Israel for a number of years as a chemist. After his return to the Czech Republic he is approached by an old friend to help him with film commercials and videos flying a drone.

“It´s not so interesting anymore to see a shot filmed from a drone, as to see a drone taking that shot. The action behind the camera is more interesting. We know it´s just a technical toy, but it´s sexy. We are using drones in The Pilot in a unique way, not only in the Czech Republic,”  Zelenka said.

The shooting started in Prague in the middle of May and will continue in Brno and Czech-German border locations till the end of June. Falcon will release the film in the Czech Republic on 6 February 2020.