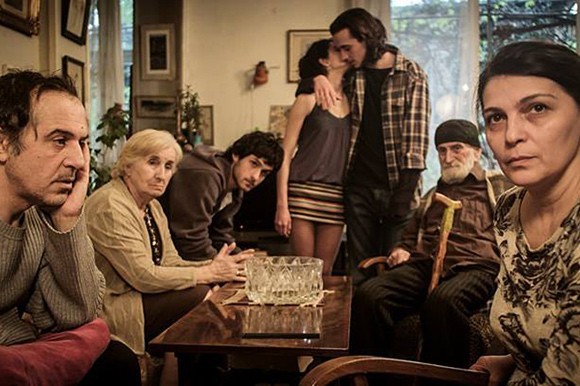 My Happy Family by Nana Ekvtimishvili and Simon Gross

WARSAW: The Georgian film My Happy Family directed by Nana Ekvtimishvili and Simon Gross and produced by Georgia’s Polare Film Llc has been selected for the World Cinema Dramatic Competition of the Sundance Film Festival running 19-29 January 2017.

The film, about a 52-year old woman who shocks her family when she decides to move out of the multi-generational family home to live on her own, will have its world premiere in Sundance. The German/Geogian/French coproduction received support from Eurimages and the Georgian National Film Centre.

Bulgaria will be represented by The Good Postman, a coproduction with Finland directed by Tonislav Hristov, selected for the World Cinema Documentary Competition.

The film is set in a small Bulgarian village troubled by the ongoing refugee crisis, where a local postman runs for mayor — and learns that even minor deeds can outweigh good intentions. The film, produced by Soul Food Films and Making Movies Oy, was shown at IDFA and will have its North American premiere in Sundance.