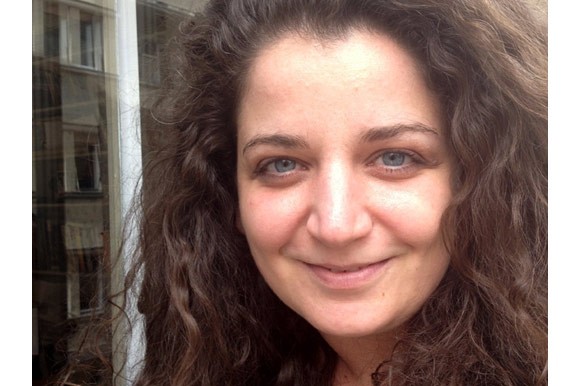 BUDAPEST: "I feel lucky because my job is my hobby too", says Judit Stalter, Hungary's European Film Promotion 2012 Producer on the Move.

"If I don't work, I'm always watching films, reading scripts or just talking films with my friends who are mainly filmmakers," she says. "This is an obsession that requires 24 hours a day."

Stalter graduated from the Péter Pazmány University (www.ppke.hu) in Communications majoring in Film & Television and Hungarian Literature. Her first steps in the film business were taken as a production manager at Inforg Studio (www.inforgstudio.hu) in 2000, working on Benedek Fliegauf's Forest and Dealer (2004), Robert Lakatos' Barthalo (2008) and Nacer Khemir's Bab'Aziz (2005). She moved to Laokoon Film (www.laokoonfilm.com) in 2005 and made Attila Till's Panic (2008), a co-production with Inforg Studio which won three awards at the Hungarian Film Week. She was executive producer on Roland Vranik's Transmission (2009) and then finished Robert Thalheim's Westwind (2011), her first international coproduction, with Berlin-based Credo Film (www.credofilm.de). Another project she made with Attila Till, the short film Beast, premiered the same year. Kristóf Kovács' documentary Full of Grease (2008) completes her résumé.

Stalter is currently looking for Scandinavian producers for her new feature film project, and she is working with a German producer on a documentary. "I'm open for co-productions in any sense but it depends on the structure of the current project," she told FNE. "I believe that for a producer coming from a small country this is the only chance to step out on the international market. Hungarian cinema went through difficult times in the last two years. The Hungarian Cultural Ministry has re-organized the complete film financing system, which started to support projects only half a year ago."

Stalter didn't waste any time during the crisis. She worked hard to self-finance her international projects in development, and she also achieved a post graduate degree in Audiovisual Management at Media Business School in 2010. She says that she likes doing new things as well as trying to complete the most impossible requests, even if she admits that the toughest part of her job is to finance the projects. As for directors, she likes "authors with a strong personal taste."

She says her biggest achievement so far is Attila Till's short Beast which premiered in Quinzaine des Réalisateurs section in Cannes in 2011, and has been nominated at the European Film Awards after being selected by more than 30 festivals. She is also proud of her current upcoming feature project, Attila Till's Kills on Wheels which has been selected for Producers on the Move as well. "We have already received development support from the Hungarian National Film Fund (www.filmalap.hu) and started the script and the project development last year," she said, adding that plans are for a Hungarian-Scandinavian co-roduction set for shooting in the summer of 2013.