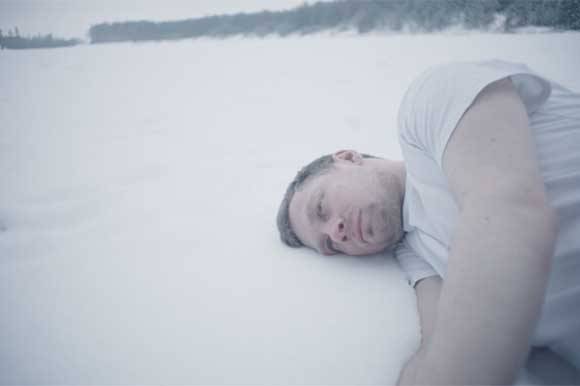 RIGA: The Latvian/Belgian/Lithuanian/French coproduction Oleg by Juris Kursietis will screen in competition at the Leilais Kristaps national film festival of Latvia, which runs 7 – 12 November 2019.

Oleg, the title character in the drama, is a butcher who leaves Latvia for Brussels to work in a local meat factory. He left behind some debts and ends up under the control of a Polish criminal. Oleg’s prototype is a 35-year-old Russian from Latvia and the story is based on an interview Kursietis had with the man.

“Oleg represents hundreds of thousands of people, not just the Latvian exploited in Belgium or the Estonian exploited in Ireland. Whatever Oleg’s character may be, no one deserves to end up under the physical and psychological terror that Andrzej puts on Oleg,” Kursietis said.

Shooting started in Latvia in January 2018 and moved to Brussels and its outskirts in March 2018. Polish cinematographer Bogumil Godfrejow was the DoP.

Oleg was produced by Alise Ģelze and Aija Bērziņa through Latvia’s Tasse Film in coproduction with Lukas Trimonis through Lithuania’s In Script, along with Iota Productions and Arizona Film.

The budget of over 1m EUR was funded by the National Film Centre of Latvia, Centre du Cinéma et de l’Audiovisuel, Belgian Tax Incentives, Eurimages and the Lithuanian Film Centre.

Oleg was the first Latvian film selected to screen in the Directors Fortnight section at Cannes. It was released in Latvia on 4 October.

The film is Kursietis’ sophomore feature. His debut feature Modris, produced by Latvia’s Red Dot Media in coproduction with 2|35 (Greece) and Sutor Kolonko (Germany), was released in 2014. It had its world premiere at the Toronto IFF and got a Special Mention at the San Sebastian IFF.