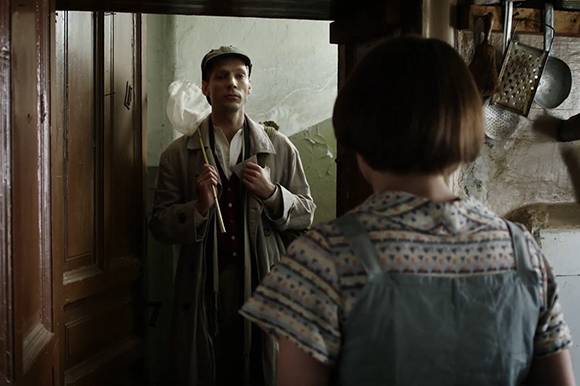 SKOPJE: The Finnish Broadcasting Company YLE has acquired TV rights to the Russian/Lithuanian/Macedonian coproduction Kharms / Хармс by Ivan Bolotnikov from ANT!PODE Sales & Distribution. The film will have its Finish premiere in 2018.

The film, produced by Andrei Sigle from Russia’s Proline Film, Ieva Norviliene from Lithuania’s Tremora Uab and Sasho Pavlovski from Macedonia’s Manufaktura Production, tells the story of a Soviet writer and poet Daniil Yuvachev, known to the world as Daniil Kharms. It is the first coproduction between Russia and Macedonia, with Lithuania as second coproducer.

The world premiere was at the 20th Shanghai International Film Festival. According to ANT!PODE Sales & Distribution, there is interest from Eastern Europe and Asia.

The film was also picked up by Chinese distributors Hualu and the VOD rights for China have been sold already, while the premiere dates are yet to be set.

The feature debut of Bolotnikov has a budget of 1 m EUR. It was supported by The Ministry of culture of the Russian Federation and Foundation, Eurimages, The Hubert Bals Fund, The Lithuanian Film Center and The Macedonian Film Agency.

Bolotnikov is also author of the script together with Sergei Soloviev. Tatyana Kuzmichyova is the editor and Shandor Berkeshi is DoP. The music was composed by Macedonian composer Soni Petrovski. The main cast includes Wojciech Urbanski as Daniil Kharms, Lithuanian actress Aistė Diržiūtė best known for her role as Austė in The Summer of Sangaile by Alantė Kavaitė, and Darius Gumauskas.