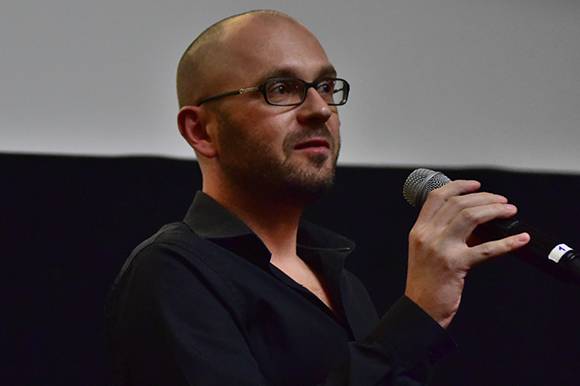 This month we speak with Jakub Mróz, the president of Tongariro Releasing, the first distribution company in Poland specialised in LGBT cinema (lesbian, gay, bisexual and transgender).

Tongariro Releasing was established in 2010. Its VOD service, outfilm.pl, contains more than 200 films and its laboratory provides services for other distributors.

Jakub Mróz: Tongariro is dedicated to LGBT cinema. We release films dealing with LGBT topics or created by LGBT filmmakers, mostly first or second films. Focusing on such a niche allows us to build a community.

FNE: Do you have good examples of fruitful collaborations or partnerships with local cinemas? Do you have your own cinema and, if so, how do you use it to accompany the release of your films?

Jakub Mróz: Working with local theatres is crucial for us. Local cinemas have strong brands, they are well known by the local audience and they are the first choice for many viewers. Furthermore, local theatres are managed with passion by people who know local markets very well. They can deliver many useful suggestions regarding promotion.

FNE: If you think of a good success you had in 2016, what’s the percentage of income you got from each window (theatrical, VOD, Home Video, TV)?

Jakub Mróz: Because of our focus on LGBT cinema and the reality of the Polish market, our income split between windows may not be representative. We deal with TVs very rarely and DVD sales have declined strongly.

FNE: What’s your marketing campaign you are more proud of? How did you develop the campaign on different windows?

Jakub Mróz: It was the day-on-day release of Tangerine by Sean Baker. We advertised the film as an alternative Christmas movie. We sent tangerines to theatres and we produced Christmas postcards with stills from the film. The box office wasn’t amazing, but we were able to gain media attention, which helped the VOD release.

Jakub Mróz: We will reduce the number of theatrical releases in favour of theatrical events. VOD will be more important. I hope we will be able to enter other territories with our VOD platform by this time. We are also developing lab services for other distributors and agents.

Because of low costs, our offer may be competitive for companies looking for savings. That part of operations may be more important for our structure of income.

Jakub Mróz: The film market is the best and the most exciting market I have ever worked in. It is based on the passion of amazing people. If you are really enthusiastic about your films, I’m sure you will be able to find partners in the media and local theatres, who will help you to reach your audience.

Contact:
Tongariro Releasing
Ul. Rybaki 18a
61-884 Poznan
Poland
Phone: +48 515 270 800
www.tongariro.pl
www.outfilm.pl
This email address is being protected from spambots. You need JavaScript enabled to view it.