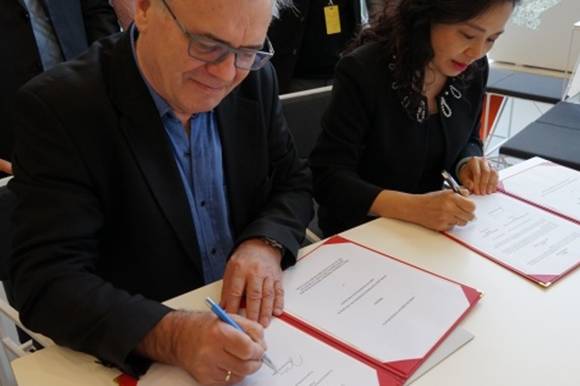 The agreement was signed by Jacek Bromski, the president of the Polish Filmmakers Association, and Ngô Phương Lan, the Director of the Vietnam Cinema Department, under the Ministry of Culture, Sport of Tourism of Vietnam.

The agreement includes cooperation in film heritage preservation, professional know-how exchange for staff education, production techniques and distribution as well as cooperation for future film coproductions. The two countries will also work together to increase the copyright protection for audiovisual works.

"We are very happy with this cooperation. Thanks to the agreement we've signed, our cinematography will be presented in Vietnam and to its potential 100 million people audience. This agreement is also a key to the major Asian film market", said Jacek Bromski.

The agreement was signed on 19 September 2017 in Gdynia for a period of two years with the possibility of a renewal in the future.