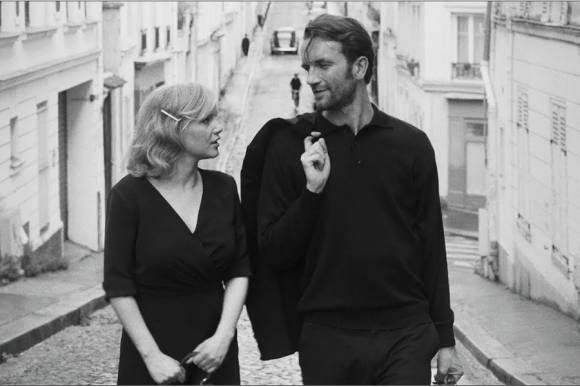 CANNES: Polish director Paweł Pawlikowski has pulled of a near impossible task of following his masterpiece Ida with a possibly even better film Cold War which screens in competition in Cannes.

Cold War is a passionate love story played out against the traumatic post-WWII period and the cold war over a period of nearly 15 years.  The film starts in Poland and while the action also plays out in Paris,Yugoslavia and Berlin there is never any questions that this is a two Polish lovers caught up in the tide of history.

While played out against the backdrop of history Cold War is really a passionate love story.  The film opens with Wiktor played by Tomasz Kot and Irena played by Agata Kulesza scouring the devastated Polish countryside recording vanishing Polish folk songs.  But Wkotor and Irena have bigger ambitions and found a school that will become the foundation for the Mazowsze Polish Folk Music and Dance ensemble.  The Mazowsze went on to become world famous and it still performs today.  The troupe recently gave a gala performance at the Warsaw National Opera Theatre with the Polish president in attendance.  Its success became legendary even though its reputation was briefly tarnished by being used as a propaganda weapon during the communist period.

One of the young people Wiktor and Irena audition to be trained at their new school is Zula played by Joanna Kulig who immediately impresses Wiktor with her unique talent and stage charisma.  Wiktor and Zula soon become lovers and Irena his former lover conveniently exits the scene. The troupe’s manager is Kaczmarek played by Borys Szyc a communist party appraratchik who is ready to use the troupe for propaganda purposes if it furthers his career.

Zula informs on Wiktor despite being passionately in love with him.

Wiktor decides to defect and asks Zula to come with him.  But touring the world performing in a world-class troupe like Mazowske to go West where she can be a common worker is not what Zula has in mind.  It would be about as likely as a member of the Royal Ballet training for years to be performing at Covent Garden and then throwing it all over to go work in New York at McDonalds. Zula chooses to stay and perform with Mazowsze.

Years later Wiktor comes to see Zula performing with Mazowsze in Yugoslavia but as a Polish defector he is put on a train back to the West before the couple can get together.  Their next meeting is in Paris.  Zula’s career with Mazowsze has finished and she has managed to leave Poland by marrying an Italian.  The Italian conveniently does not appear in Paris and Wiktor and Zula resume their passionate affair.

Wiktor has carved out a rather sleazy existence for himself playing at the Paris jazz club L’Eclipse and Zula joins him as a singer.  Wiktor manages her career but their style of life is mostly booze and parties and as Zula says she had a better quality of life back in Poland.  She soon gets fed-up with their Paris existence and heads back to Poland. Wiktor who as a defector is a wanted criminal back in Poland follows her and ends up in prison. There was never going to be any happy ending for these two tragic lovers whether they lived in the East or the West.

The film is full of convincing period detail for each place and time the lovers inhabit. DoP Lukasz Zal brings the same mood and atmosphere that made Ida such a visual masterpiece. Cold War is undoubted headed for much more than art-house and festival release and should also score well at the main stream box office.